I've been reminded of something that has brought my fight back a little bit: 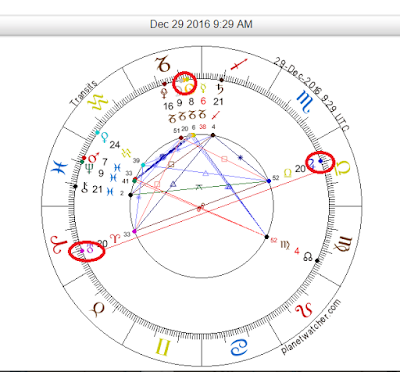 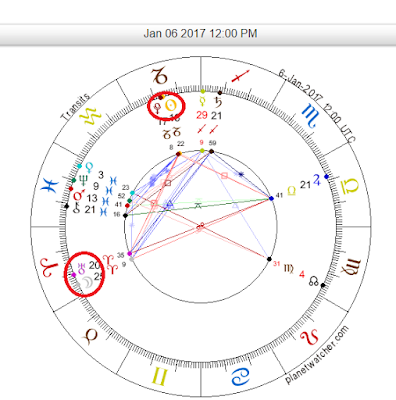 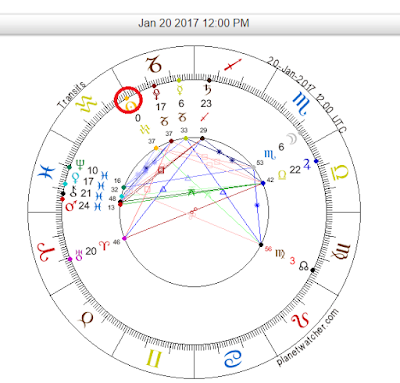 What we are looking at is three dates, two of which are significant and well known amongst people who are politically active at the moment.

The good thing about this is that it gives me a sense of when things are going to feel different, which is a different thing to knowing when the events are going to actually take place, we never know when some apparently significant event is going to fall by the wayside as not relevant despite much hype!

The first one is the day Uranus goes Direct. This will create the feeling that the 'revolutionary' sense, action on the leaks and whatnot, is actually happening or moving forward in an exciting way.

It is pretty amazing timing that Uranus goes direct on the exact day of the new moon. It is also very interesting that Jupiter is within one degree opposing Uranus. This likely means that Uranian themes are a big thing, not quiet and unnoticeable.

We then get to the day when we hear the electoral college votes, another very interesting day in the transits. For one thing the moon is conjunct Uranus, which means the emotional theme will be one of revolution perhaps lending towards free market ideas. ALSO on this day we get Sun - Pluto. Bringing light to the darkest aspects of our society and institutions that is being discovered on a collective level.

The only thing missing from this since near enough the New moon, opening square and closing square have been handled is the full moon itself: 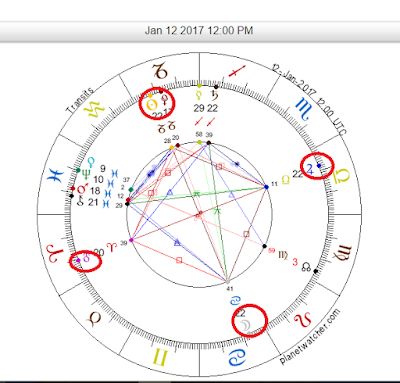 THAT is a grand cardinal cross. Four planets are lined up close enough. Sun - Jupiter - Moon and Uranus. I know from experience this particular set of aspects means fuck all but it is still interesting!
Posted by No name here. at 07:32