It looks like I've got several new readers that have gone through every last post here! Each one is higher than it was.

No idea how that happened, perhaps it was when I put up a link on Benjamin Fulfords blog to the Le Pen vote rigging and people of that new age leaning, who have a huge appetite for information, moreso than people elsewhere in my estimation, took a look at my blog!

It makes me a little nervous to do my planned blog that is a little bit more on 'feelings' but I feel it is relevant, I've tried getting rid of all personal parts of this blog before and the flow completely stops.

I am feeling very, very weird. One of my problems of a few years ago was that due to personal reasons, I am now unable to do what I feel I am put on this planet to do. Music, and secondarily, meditation and personal astrology (rather than political).

As a result many of the things that I spend my time doing are not of my own choosing. They are things that come about through necessity and intellectual determination and do not have the feel of being magnetically guided to one thing or the other, although I do sometimes get excited about things and enjoy them.

Going to work for me feels like a complete universe of its own. The world does not cross with the real one. I also feel angry that I am limited in certain areas, and, another thing making everything stranger (or perhaps saner) is that I have these strange intuitions and feelings quite frequently. These seem linked to those that have proven to be accurate psychic interpretations in times past. 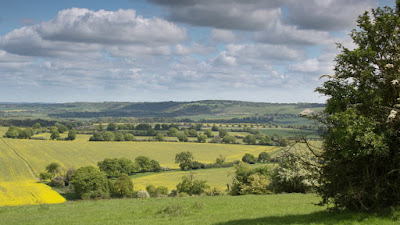 The other day I was in a place of quite outstanding natural beauty. At the top of a hill with these blue flowers everywhere, golden hedges (truly golden) and beautiful stand alone ancient trees. It was an Edenic experience, I cannot find a picture to remotely capture it. However, listening to David Wilcock, Corey Goode and other political information my view of the future is a complex one... A) That even though there is goodness in the moment when some of these arrests and satanists come out it will be such a shock, such an involuntary plunge into the darkness, that it influences the current moment.  B) According to David Wilcock in his most recent video the sun is gaining in radiation and we will all have to live under the earth soonish, so when we look at natural beauty after a few years we might never see it again.

Quite often I am enjoying a normal feeling. The "normal" reality that many people experience as reality and that the negative forces have kept going at great pains. Great, great effort. This which would have been interrupted by a Le Pen election. This normality momentarily breaks down and the real facts of life and thoughts of what these mean flood in! 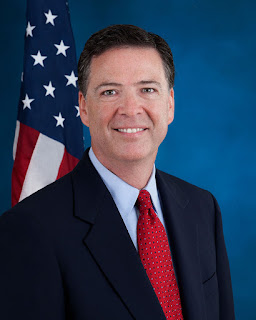 (Not actually Comey but special agent Nebitt from X- Files who was later discovered to eat children).

So this is the big news,in American politics. James Comey is the FBI director and a true deep state operative. He has covered up so much and only followed up on the barest minimum of action towards Hillary Clinton because he was forced to by FBI agents who were nausceous from reading the paedophilic Satanic abuses of Podesta and co.

He could potentially be replaced by someone worse, such as how even though Obama seemed as bad as it could get Hillary would be worse. But it is far more likely he will be replaced with someone actually capable of arresting the cabal... Exciting times!

Yesterday I was planning for this to be my main thing. Tommy has been arrested for simply being outside a court case where Muslim men dragged a 16 year old girl into their shop and gang raped her. I was getting all wound up about this and then he was released... I have not followed up on it yet but if it does go to court, with the support of the public, if Tommy Robinson were to win that case it would be a massive, massive movement forward. The police are obviously getting scared. 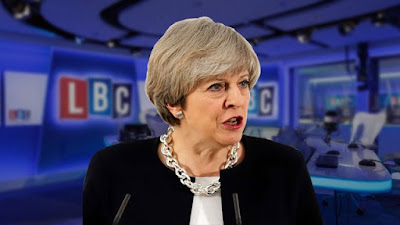 I can't believe we are still continuing this election without a Conservative Manifesto. Perhaps May will reveal the Manifesto commitments on her showing on LBC today at 7pm! (This is Nigel Farage's normal slot which shows how important UKIP is in the modern political atmosphere) It may be that she plans to say things like ... 'I pledge to keep unskilled immigration under x number!'

Jeremy Corbyn I have often quite liked but I am starting to wonder whether he is a deep state operative. He is planning now to campaign on the idea he will not leave the EU without a deal, giving the EU all the cards in the negotiations. He plans to raise tax and his cabinet have offered unapologetic praise of Stalin, Mao and Marxism/ Das Capital. Some of his ideas originally made me think he was on the level he just happened to have a crazy cabinet (perhaps because he can't get anyone else because of mainstream lack of support). Examples of this are refusing to fund trident (i.e. black budget projects), offering people the choice of not funding war i.e. actually stopping it (but this could go either way) and stamping down on landlords. An inefficient but relevant policy when demand is what needs to be reduced through immigration.

But now he's come out more Pro EU than he ever seemed to be. I wonder if he is like Ed Miliband... Who seems to talk very well and has similar policies to Jeremy but was undoubtably a deep state operative. Have we been conned.

To conclude, when David Icke offers a meme supporting the Tory government you know you are in the twilight zone: 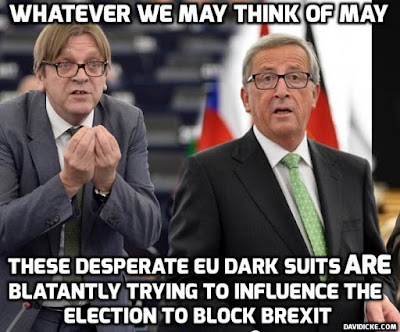