In defence of Jeremy Corbyn.

I can feel the drip drip approach of some sort of global karma.

So back to this Manchester thing: 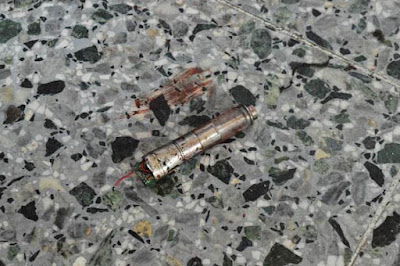 
5/24:
* According to The Telegraph [linked through on article]: “Photographs of bomb remnants found at the Manchester Arena show a trigger switch with a tiny circuit board soldered into the end, which experts say could point to a remote-control or timer built into the bomb to ensure an accomplice could detonate it if Abedi lost his nerve.” The “lost his nerve” bit is highly dubious and speculative. Almost certainly this WAS NOT A SUICIDE BOMB. Instead, the patsy set up to be an involuntary “suicide bomber” would be paid to carry a “package” that would be blown up by a timer or more likely by remote control without the patsy’s knowledge. This was standard operating procedure in Iraq during the US Occupation. Occupation forces would pay locals to drive vehicles to and through targeted locations, the vehicles would be blown up by remote control, and the carnage blamed on a “suicide bomber.” This is how the “Sunni vs. Shia” civil war was fabricated, with Occupation forces blowing up Shia sites and blaming Sunnis and vice versa.

This is pretty thin but it still offers an alternative perspective than we had thought originally. We would have assumed the guy was a committed jihadist, but it seems he did not pull the trigger himself!

Why have we not heard more about this?  Who actually pulled the damn trigger?

So... I am definitely not yet sure, but considering that SO MANY previous attacks have been false flags, notably the Bataclan, 9/11, 7/7, Sandy Hook. Some of them more recently have not seemed so much like false flags. Perhaps at some point the jihadists learn to do it themselves!

But assuming it was I thought of these reasons the 'cabal' might not want Jeremy Corbyn to be Prime Minister:

A) He is very genuinely anti war.
B) He does not support trident… Which is code for black budget projects in my opinion.
C) He strongly supports 9/11 truthers and the prosecution of Tony Blair and co.
D) He strongly supports civil liberties, his voting record on the area is very good. (In direct oppositiong to the Tory manifesto that wants to control the whole internet... Think they're just going to go for jihadis?)

The fight against the European Union for me was always a way to hit the deep state hard. Once I had listened to a few Nigel Farage speeches, I realised there was a lot more to it and I only came to immigration very late in my understanding of politics. However, there are other really big things that could bring the cabal down and if one part of it comes down it all comes down.

Any arresting of Tony Blair and co. will immediately clean high powered globalists out of the Labour party and British politics en mass. Any real expression of the ending of war like programs and trident would be as powerful as Brexit at increasing the welfare of the average person in my view.

A) Opposed the EU for years with Tony Benn.
B) Only MP in the Labour leadership who spoke out against the EU.
C) Was not in favour of the EU until he was made to by the whole Labour party ganging up on him.
D) Sabotaged the Remain campaign from the inside. My local fanatical remain MP was very angry at that and said he had received no support from the party. Funds etc.
E) Corbyn, when the results came in, before anyone even talked about them, told the government that now Labour had lost Article 50 should be triggered.

I for one think Corbyn possibly could negotiate very well on behalf of the UK.

I don't have my eggs all in that basket of course, for me I am watching/ observing the result, so commenting does not change much really. The world will be very different from what I expected if the polls continue their trend and in the morning of June 9th we are waking up with these sorts of ideas:

These are Corbyns policies, http://www.telegraph.co.uk/news/0/at-a-glance-key-points-leaked-labour-manifesto/ I’m going to put a few here that show the direction of his ideas:

-) Extra powers for HMRC to chase individuals and companies who avoid tax.

-) Labour “accepts the referendum result” and intends to build a close new relationship with Europe “not as members but as partners”.

-) Railways brought back into public ownership as franchises expire.

There is a lot more but this one is very relevant just from a convenience perspective, it is becoming a real problem:

-) 4,000 homes for people with history of rough sleeping

So, this is just a perspective, there is still time for more information to come out. My personal constituency, the Labour MP there is a very anti Corbyn. So even if I supported Corbyn I'd have to weigh up the idea of keeping one of his potentially greatest assassins in the party, who would turn Labour pro Eu, and giving Corbyn the extra seat... Of course I have almost zilch sway, but still something to think about.

This is of course a short term consideration. Sliding down the path of communism isn't how I would like this country to go!

I await further insight into these matters!