Onto the UK election... Exciting times!

I can't take the cringe recently of UKIP:

Guido Fawkes: WILL NUTTALL STAY OVERNIGHT IN BOSTON AND SKEGNESS? “PROBABLY AT SOME POINT”

The Conservatives are paying a very tactical game. Trying to influence the public mood strongly before any policies are announced:

'Roger from (location) says, "I don't know why people are criticising Dianne Abbott so much about getting a policy wrong, at least Labour has some policies!"

'... I don't know what you're TALKING about Roger, strong and stable leadership, that's what it's all about'

So far, this is one of the only policies or even tendencies, that I've seen Theresa May come out with: 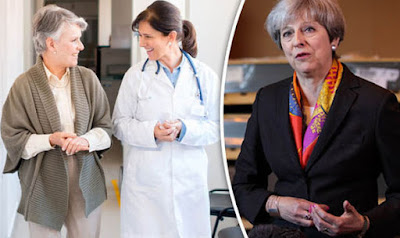 
In the past decade there has been a 43 per cent increase in the number of people detained under the Act – which has raised concerns that vulnerable people are being subject to detention, including in police cells, unnecessarily.

This is a huge surprise to me. Partly because it has nothing to do with the EU, it is a smaller part of legislation that defends those who genuinely have no one helping them a lot of times.

I believe strongly that the stigma of mental health is used to criminalise those who fall foul of the dominant social narrative and have had this happen to me in my life. An example of this is when a guy tells a girl he thinks she's cheating and she says she's not and he's getting paranoid and tells him to go to the doctor and goes on psych meds.  Later it is found out she was cheating.

I was nearly committed once for behaviour that originally stemmed from someone I had a positive connection with who then turned against me somewhat. These events were related strongly to the date of June 8th. Something just feels a little coincidental/ synchronous about this whole thing!

This is another article and it has made me so happy:

Seems I was wrong about Peter Kyle's chances here! The left and the liberal remainers are not the majority they just shout the loudest, and I'm quite sure the Lib Dem - Lab vote will be split. The Conservative - UKIP vote will not be. Everyone will be voting Conservative who was UKIP and that number is in excess of 1,000. Also, the Corbynista's, that there are a few of, may not be able to bring themselves to vote for the so called 'Blairite' Peter Kyle!

I have yet to see one of these hung up in anyone's garden anywhere in Brighton or Hove: 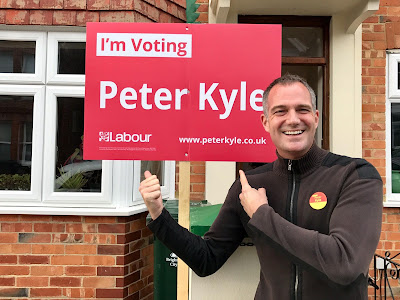 The effect of not watching fiction feels to me to be having a very positive psychological effect on me. When switching on to a Simpsons excerpt by mistake I feel very uncomfortable and don't have any desire to watch the excerpt. How we picture things in our mind is important and the emotion and acceptance of an other-than-reality paradigm is not a good thing in my view.

I have been remembering strange little incidents in films that were very wrong when thought of from a cinema sins perspective. For instance, in Swordfish Halle Berry's character is hung from her neck and then when she is brought down she is shot. The audience then sees her body, later, it becomes apparent this was a ruse. 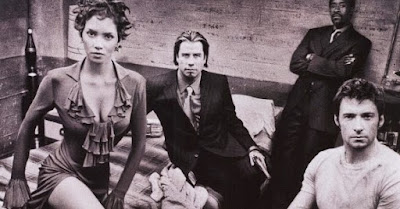 A) Her body was left in the building for the police to find, how did she escape this B) To fake lying their dead you have to not be panting from having been hung... and if she was not really hung how could that have been done within the confines of the film?

This acceptance of 'other than reality' surely means that if we were to mentally picture a fight or something our mind picturing would not be accurate!

Previously, I have many times felt a precognition regarding events. Brexit I was thinking of very intensely and so was I about Trump. However, after that things became duller and less interesting and then we had Holland and French elections. Is there a connection?

I doubt it somehow but I thought I would mention it.