My conspiracy theory on ransomware!

I have no idea why some of these blog entries are viewed more than others. It just seems random.

This is a strange story, one my readers here have probably heard of because it is headline international news, and one wherein this slightly weird and eccentric world, the feel of it with extra terrestrials and geo- political intrigue, has reared it's head in the realm of the so called... "Real world". After this event the political discourse will be permanently changed.

I do not believe in coincidences in politics, so lets consider the potential political motivations for this.

We know that the cabal like to do operations that have multiple agendas. Although I cannot find the source for this chart when searching on google, the pictoral information here suggests it is reliable... These are the countries the Ransomware has attacked: 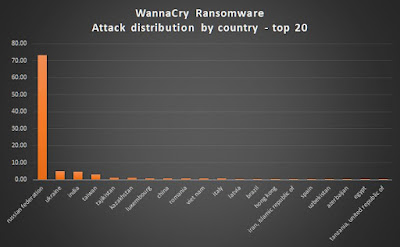 Russia is the main enemy of the globalists... Lets consider another fantastic coincidence, from the Guardian: 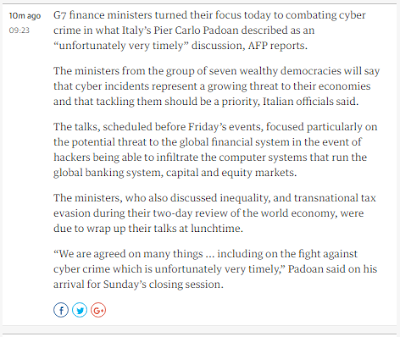 Really? Today? You mean they were just about to have a meeting regarding cybersecurity today? Well imagine the odds! It's rather like the odds that a training exercise would be being conducted very close to most of the major terror attacks in the past few decades or so! (So they can turn up and control the situation? Rather than having people find out too much?)

Because the NHS is the classic left wing heart on sleeve progressive cause, and it is a Tory weak spot. The globalists are losing, we are close to an election. They need more people to vote Labour/ "Liberal" "Democrats" and stop Britain leaving the European Union! The narrative will be all about NHS underfunding from here to the election. Amber Rudd in her infinite wisdom blamed the NHS itself for the failing, which is not a good look!:


Rudd later told Sky News: “It is disappointing that they [the NHS] have been running Windows XP - I know that the secretary of state for health has instructed them not to and most have moved off it.”

Jeremy Hunt is also centre stage and is one of the least likeable cabinet members! 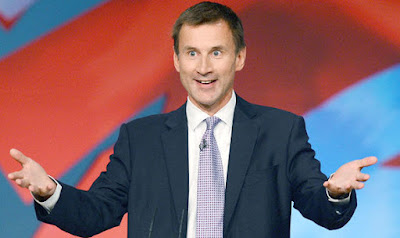 This guy found a domain name within the programming that the hackers were supposed to buy to stop the viral nature of the program. This is a strange idea, because surely if they were to buy it then they would immediately be caught!... This was placed in there deliberately for someone to find.

Also, clearly cryptocurrency is a massive problem for the cabal. This will give them the opportunity to start the narrative it must be outlawed!

When the cabal does something like this it gives the metaphysical permission of 'defence' to the positive side so we'll see what happens next. I do feel this electric tension in the air, perhaps related to the Comey stuff and the other globalists Trump is planning to fire.

So it's looking kind of good! Here's another good note to end on! That the Social Justice Warriors/ mainstream media and their bosses, are losing their following: