Well, something else has happened, two more things in fact:

Zerohedge: Three Leakers Of Classified White House Information Said To Be Identified, Expected To Be Fired

Italy having elections in September is of course a potential game changer, but... after the French election was rigged my enthusiasm isn't present!

Shouting at a brick wall! 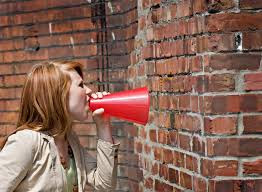 Years ago, when I got diabetes I sort of understood why people did not listen to what I had to say about the subject of curing it and other things like that, later I got into psychics, and I thought the fact that psychic skills provably exist was pretty fantastic, I thought it would be significant enough that people were interested but they were not really.

This same thought process continued with many esoteric things such as new age information, astrology, conspiracy and related things. Most of these I was not surprised that people were not that interested in. But then some unpleasant events happened in my life and I had to cut out a lot of things. Such as the more serious astrology research I was doing, and meditation which raised me to the level of not really liking 'harder' information.

So then I started to get into politics more seriously, and finding out about immigration, (that people are interested in) and Islam, that people are mostly not interested in. At the same time though I notice how difficult it is to get a discussion on the idea that anything, will EVER, change. In any way whatsoever. People might concede that x, y or z will happen, but things, as a matter of the most fundamental, beyond religious faith. Things will not change... EVER... in any real way. 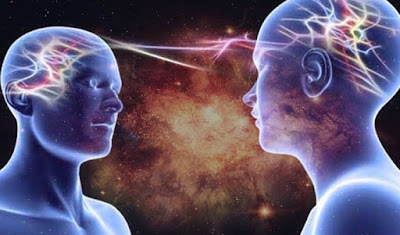 This is a little frustrating because I believe they will change, but I have noticed that the only way to actually 'inflict' that understanding on others is when we go to the polls, vote someone in, and things actually begin to change in some way, as with Trump and Brexit and even then it is very slow.

There are other things that matter in relation to this, today David Wilcock has talked on Gaia TV about a massive space cloud we are moving into which has a temperature of 6000 deg Celsius and is absolutely huge, it completely dwarfs our planet. But I know if I bring this up anywhere if people can possibly find a reason to ignore it they will take that reason. If, for instance, the effect of the heat will not go through to our planet because of the atmosphere will protect us they will simply say... 'Oh well it won't effect me' and disappear back into the realm of normality.

Not much I can do about this really is there accept HOPE that something works out...

I am still working on my mind on the idea of the Manchester Attack and it being a likely false flag and its potential reason.

Firstly, the flashy synchronicity that is nonetheless often accurate showed it's face over the weekend: 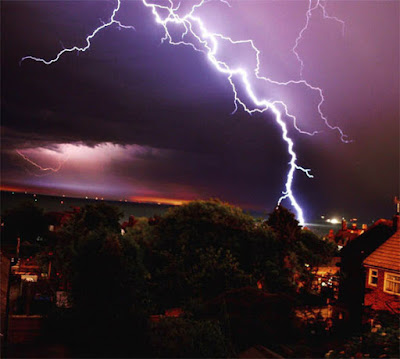 Could indicate this election is important, and going to be another big moment for the UK. The location is Kent... Nigel Farage's constituency.

Secondly, on Manchester, some of what I said before about the potential that the negative forces did not like Corbyn gaining ground might be factually suspect: As the original person who RT'd this said... Who's only retweeting the polls they like?: 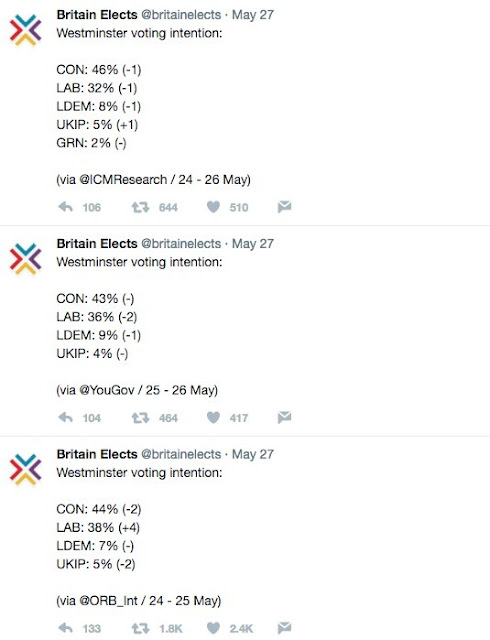 Perhaps Corbyn was never really gaining, it is worth checking these polls for methodology!

Also, the effect of the Manchester attack is that many people have gone more pro Corbyn, so it seems likely that if that is the result it may have been the intended result.