Apparently Jeremy Corbyn is probably what he looks like... A pretty decent human being.

And the negative forces really don't have anything left up their sleeves. I have been looking for good plays from the negative side but there are none, they are falling apart, (albeit still in full tyranny mode).

First we had this thing about the Queens friend and two other high rankers being paedosadists. A few days later we had an investigator who is still living in one of the investigations being paid dodgy amounts. We have had Tony Blair implicated in this paedophile scandal coverup.

The Markets have had their worst week of this year and gold is acting so strangely it's a joke. (Someone is dumping gold 'paper' to make it seem like the price of gold is not raising massively but people are buying massive amounts of gold and bitcoin.) When the gold market cannot be 'fixed' anymore that will be the end of the dollar which is why we have this behaviour.

http://t.co/0DdFdkkHX9 (Zero Hedge: This Has Never Happened To Gold Before): One of the comments to this article was; 'Jesus christ. I couldn't make this shit up if i tried.'

And Divine cosmos is down. Don't worry folks we can do a lot of it ourselves!

Mirror: Who was the cabinet minister Tony Blair protected? http://t.co/nB7KPV9p2P


There are is more information including Leon Brittan dying the day before certain files on paedophilia were transferred for investigation. Anyway, here is one more from David Icke: 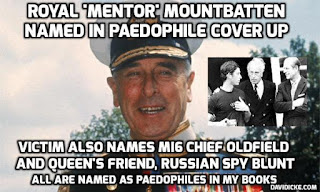 And one meme from me: 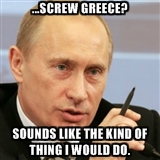 It might sounds strange but with the apparent imminent demise of the negative forces clear to me, and them not doing anything much, I feel a kind of 'loss', the loss of the 'fight'.
Posted by No name here. at 21:18