I am glad there aren't too many views on my last post. That one was quite revealing.

First, some person information. There is an ancient legend that the people were ailing in sleep. So God sent down his messenger with a mind towards herbal formulas and put their minds at rest: 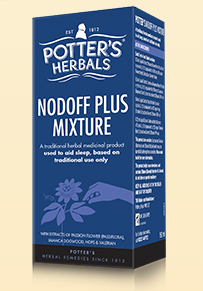 This stuff has been brought out at all the local Holland and Barretts, while all the other sleep mixtures are stacked on the shelves. Yesterday at about 6am after one of my previous blogs on twitter, I was very stimulated, utterly unable to sleep. Two sips of this and I was asleep. Tonight, at 3am I was finding it unlikely that I would sleep since I had slept previously from 7am - 2pm. This morning I did manage to get the four hours sleep.

It changes everything! It makes it easier for me to work and will probably allow me to work to levels I previously would not be able to do. I am expecting another supplement I hope to improve my physicality.

I have a couple of long shifts ahead then a shorter one on Saturday. So the time will probably go quite fast being split between work and sleep. Taking me all the way over to the Mercury direct!

Stefan Molyneux in this video has said something very interesting. He talks about female psychology being the two V's (when someone says female and 'v' there is an automatic connection there but it is not that, kind of makes the theory subtly more fun as people get the wrong idea!) The two V's are vanity and vulnerability.

The vanity comes from the fact that they receive a lot of attention from men, and resources. They might then allow this unearned energy to make them believe other things are superior because they are getting responded to, such as their political views that might be unresearched. This is very interesting and makes a great deal of sense. It also links something natural with other problem people in this area. The globalists/ bureaucrats/ political class, the corporatists, the communists who are attempting to work towards unearned wealth. All of these hold high opinions of themselves and have not earned their position through meritocracy/ democracy.

It is interesting and crosses with my own experience. When I used to go clubbing I used to be able to see a layer that others were not interested in looking at. Out of the sides of my eyes I saw everyone's motivation and one example of this is that a friend of mine was dancing and not paying attention to his surroundings and I was watching the girl next to him notice him and deliberately bump into him. He did not notice her even with this direct intervention. She was quite attractive.

Another thing I notice is that when I am dancing sometimes girls might notice me. If I see them for even a few seconds and don't immediately approach them they get in a huff and quietly move away. Soon enough there are no girls in the vicinity (I'm not making this up). Which leads to the male friends that I am with getting frustrated and everyone having to scour the club for girls. The vanity here seems to me that why do I have to approach them immediately? Do they not feel the need to offer anything more than their bodies? Conversation Nespar? The hypocrisy here seems to me and feels is that they want me to approach so more often than not they can still reject me if I do not create their imagined standards. Clearly interacting with such people is hard work.

Secondly it puts me in a compromised position. They're like vampires.

Stefan did have a different, more thought out, take on this though.

Anyway, like I said in previous posts, it is these young women pushing the pro EU agenda... The unthought about political virtue signalling emotionalising is partly where it's coming from. So clearly when the perspective loses, it will feed back.
Posted by No name here. at 01:10