I have, I think, reached a major new insight into the dysfunction we see in front of us:


This is something I have talked briefly about previously including the fact that a lot of the "refugees" are both on drugs and likely, keeping the drug trade going (disappearing from centres and working in the drug trade). Although, with the seriousness of the problems they are causing it has to be more than that.

It feels very coincidental I am currently reading this book:


Mothers and fathers, brothers and sisters. But there were also husbands, wives, lovers. There were also monogamy and romance.
'Though you probably don't know what those are' said Mustapha Mond.
They shook their heads.
Family, monogamy, romance. Everywhere exclusiveness, everywhere a focussing of interest, a narrow channeling of impulse and energy.
'But everyone belongs to everyone else,' he concluded citing the hypnopaedic proverb.
The students nedded, emphatically agreeing with a statement which upwards of sixty two thousand repetitions in the dark had made them accept, not merely as true, but as axiomatic, self evident, utterly indisputable.

This book is a little more sinister than 1984. The negative elite, the cabal have hugely traumatising and elaborate brainwashing rituals they use on their own members, Huxley seems to have some conception of this groups inner workings whereas Orwell was really writing a fiction book, Huxley seems to be trying to convey a message.

A part of this book I have not reached yet is the part about 'bliss'. Which is a drug used in the book to make people happy with their lot in life as factory slaves by a very clever totalitarian government.

Today though if we were to consider marijuana as similar to this drug, it is not used to keep people working because a rich and prosperous society where people earn money is not good for the elite, what they want is a poor society that has to rely on increased government power and also, marijuana likely creates this 'we are all one' false enlightenment feelings that leads to leftist voting. 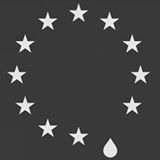 Peter Hitchens in the above youtube video says he does a lot of lectures at universities and when he does he usually asks at the beginning of his lecture for people to put their hands up if they have done illegal drugs... The answer is usually 95 - 98% positive.

So, this puts a whole other light on the safe - space leftist universities doesn't it?

In my personal life I cannot stand potheads. I have found particularly annoying those that consider themselves atheists. To me it seems likely that almost everyone has a need, as a spirit, for a certain input from the psychic realms. It is why we need to dream and go back to something that is closer to 'reality' for our spirits than this heavy material density.

That inner craving is what calls us to the Creator, however, if you open it without doing any of the work, by smoking a joint, then you can indulge atheism forever! This is the same mechanism the jihadists use to consider themselves to be spiritually enlightened while driving down civilians, and raping people.

But violence is not the only place this drug has an effect, I have noticed its effects more domestically. For instance, as a general point, if you are on marijuana you are less likely to find any value in work, and you are less likely to work hard since you may often consider yourself enlightened and above such things.

I have also noticed such people are not particularly bothered with the subtleties of social connection. If you consider the perspective of someone that really doesn't want to work, then they may very well find ways of pawning off more work onto others, and with that comes a subtle bullying. For instance, in my last job the people who were new used to be made to do a lot of work and were not treated well, this is probably a good reason why such people left.

Add onto those who sort of bully through passiveness, weed smokers do not seem to sit up and take note when they observe active bullying. 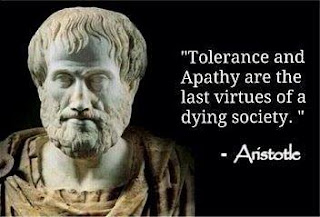 The many personal screw ups of leftism:

Previously, and I don't know exactly where I left this, I don't think it would be easy to find, I compared leftist thought processes to various personal flaws. Such as a woman that is disloyal might justify not telling her boyfriend by saying she is looking after him by not telling him. When she is simply being selfish.

I can now extend this out to leftism and the thought processes that come from it. How marijuana links to non work, being made to work is somehow evil, and the drugged out false enlightenment.