One place I disagree with the "right wing" thinking on immigration is that there should be 'integration'.

Perhaps a better way of saying it is that people should contribute to their societies. Because if you work you naturally integrate and outside work I don't see people as likely to integrate:

Brits have the highest obesity level in Europe:

Telegraph: How did Britain get so fat

They are also high in the tables of binge drinking and single parents:

Telegraph: Britain's binge drinking levels are among the highest in the world

Daily Mail: A quarter of British children are being raised by a single parent, new figures reveal

Where there is one problem there are usually many others, illegal drugs are a big problem as well, and I think the clearly left wing leaning of the law makers in this example shows what is likely the cause, or at least a large contributor, to all these problems:

The Conservative Woman: Dr Neil McKeganey: We can no longer hide the full horror of our drugs epidemic


So concerned were officials that our [now 25 years old] report might be taken as illustrating a possible reality that could actually occur, they agreed to publish the report only by adding a warning that our report described only a worst case scenario, ignoring some of what they felt were the positive signs of a reducing drug problem in the country. As the Wrexham bus terminal photographs now show in brutal detail those predictions are becoming reality.

So, based on what I was saying, it might be easy to contribute to such a society. But it is unlikely that integration will be all that easy. Even for natives in honesty.

However, it might be immigration itself that is causing these problems. A researcher mentioned by Stefan Molyneux, looked into the area and found immigration absolutely destroys communities and creates a cascade of problems. That sort of information is available via a google search but I cannot find either one of these right at this moment, time constraints.

Muslim immigration is not working out all that well though: 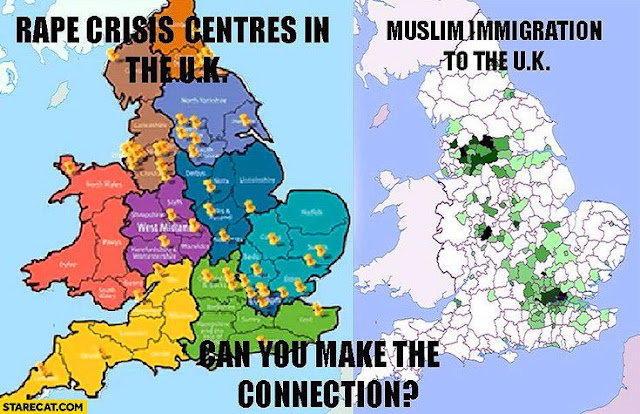