I have been posting a bit on message boards recently, so because I have added depth, detail and references to such posts, I may link to those a little rather than repeating the points.

The closing moon of Friday to lead to a new moon on the Saturday, seems to have been a real changing point from what I am observing: 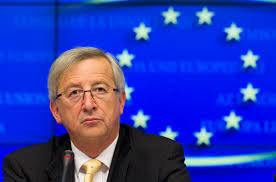 A) The EU negotiations seem to have gone a bit sour. Theresa May offered a deal that she said, and everyone agreed, was a very generous offer to guarantee the rights of EU nationals living in Britain and allow them full access to public services (paid for by the English tax payer, how generous governments are with other peoples money). The EU flatly rejected this and made even more outrageous claims.

Public opinion will shift against them now. In England, the person who is more reasonable wins the argument. I don't know about other countries.

Will this be the end of the EU negotiations? Today, on ITV, David Davis stated that the UK may leave the EU without a deal!

B) Also in relation to the EU, Italian banks are really suffering. Screwing over shareholders and bond holders is likely to mean people will be very quick to pull investments out of banks in the future. There is no way to get out of this in a way that someone doesn't have to pay!

C) In America, there was recently a by- election in which the Democrats lost and now the Democrats are angry with the liberal Clinton entryists who are obsessed with subjects that no one else cares about, like Russia.

If Pelosi and Obama stay it might be the end of the Democrats as a serious political force. If they leave then that is the end of a Democrat era. Either way something ends.

A friend of mine has over a long period of time become quite liberal. When young he was very right wing and also had a very good grip of arguments he now avoids, such as the idea that being run by EU bureaucrats and assuming benevolence on their behalf if not a sane strategy.

Conversations with this person have gotten to the point that I will bring up a point and expect to be able to laugh about it like we might have once, or even that he would have once and I would not have agree with: 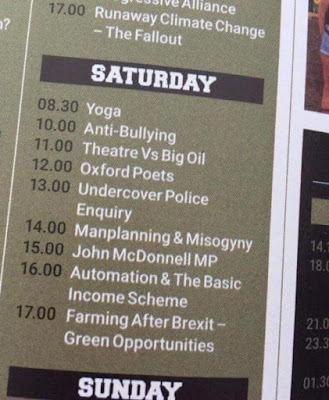 ... Quite unnaturally and unexpectedly I'll get a response like: "It's good that there is a hippy revival." One of these responses of the sort you get when leftists are looking for a response to something said and you've got them. (Although I had not been intending to "get" anyone!)

This is only an example. I will be fine with this friend because we are long term friends and have enough connection to talk outside direct politics. The thing that turned this friend (and others) is without any doubt: Women.

The social consensus is largely kept up by women. Women knit everything together. Women emote and fuss over other peoples behaviour whereas men very rarely care what another persons personal habits are unless it is serious. Here, I think the leftist preference of women is being used to influence some men. Which is why there are a group of leftist women and then men who will not say anything to oppose them. (This is a huge generality, I was opposed on one forum recently... Sky scripts, for non left wing commentary. Sky scripts is run by a man, and not opposed on another more female forum recently... Also 52% of white women voted for Donald Trump!)

Also, is the fact I live in a very liberal area of England. So if I was to go up to Grimsby perhaps, I would talk to a few more right wing people. This area is liberal because it is rich. It is interesting that there is something in human nature that many people will not address issues if they do not effect them personally (like immigration).

So... Many women prefer the welfare state so that they can sleep with the bad guy and tax the good guy to pay for their children, when they are inevitably alone and living on welfare... With bruises on their face.

Also, another more general and overlapping emotion that backs up leftist thought is the postage stamp consensus which is the general emotional preference that things do not change. I definitely feel sometimes a psychic pressure when I put up some information that says that things will change, that the postage- stamp- consensus will break.

Which brings me to this... Which I am going to mention a second time:

This is more powerful than I think I first realised. Again, I have put a post of this on a blog comment, that I will now excerpt because the energy just doesn't seem to be available to write it anew:


The Gaia being does seem like an extra terrestrial. It is very weird beyond any likelihood of it having once being born from our specific brand of human. While I won’t spoil the series the third episode mentions a lot of the details.

... the main point is going to become that this is a being from another planet that has been recorded in ancient writings and proven to live here. What are the mainstream going to do about this? Ignore it? They have ignored very blatant things before but it seems to stretch credibility to me that they will be able to ignore real proof of an extra terrestrial being.

There is a sense of wonder from watching the documentaries!

The mainstream often tries to debunk things, with all the finesse of a twelve year old who hasn’t had his ADHD medication. If they try and come down on that what are they going to say? It’s “fake news”… THAT didn’t work! Are they going to try and draw attention to the fact it was dated wrong and probably was discovered a long while ago? I would guess that will not help their cause.

So it seems to me that unless Gaia pulls an absolute deep state move of suppressing the whole thing or making up an incorrect story about skull binding or something, this Nazca extra terrestrial body is out in the open.

There is nothing that I can think of, that is at all likely, that would squelch the story

Regardless, in general this is exciting times... I'll leave here a message from Jordan Salter who encapsulates the current mood: