Perspective on the world.

My perspective has changed slightly.

I got picked up at work for following the rules too rigidly and not being informal enough with the customers I was talking to. This lead to thoughts on my behalf that maybe following the news during the quiet periods there was not the best thing to do. Because it is inevitably gravely serious and I have to maintain an easygoing attitude, so I just search for memes. Mostly from my favourite, demotivators! I love demotivators: 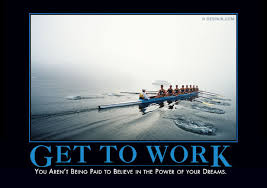 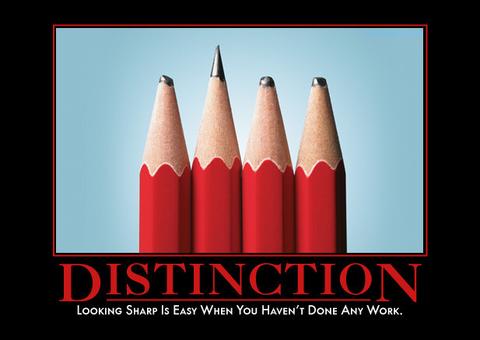 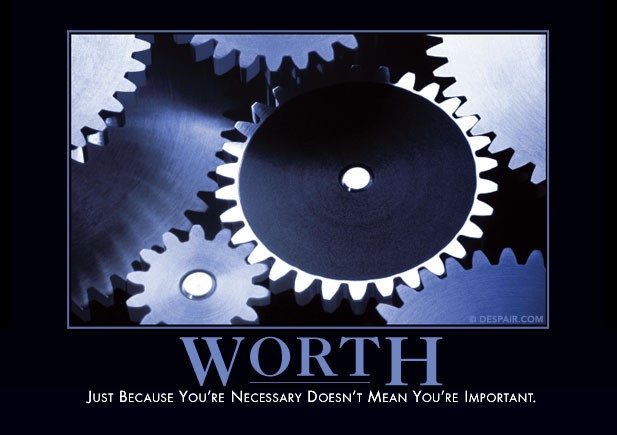 You can also re look at those and re- laugh as well.

There is not much going on at the moment. North Korea- China and the US are all having words with each other. Trump dropped the 'mother of all bombs'... I don't know what that means... That he's serious about fighting Da'esh perhaps, despite aiding them in Syria?

I know someone from when I was young, I went to a few classes of this instructor who is really doing very effective martial arts. I went to a class yesterday... Pricey, but it is only now I have grown older that I realise how devilishly effective this class is. Defence against a headlock that was quite devastating, lots of blocks that involved a sense of pain (very light) as muscle meets muscle, and plenty of opportunity to be a bit creative. Not static and unyielding technique.

I would feel more confident in a physical confrontation because of a one hour class. Some of the science involved in this area that involves protecting your centreline etc. It means that someone who is not as strong would likely be able to prevail in a confrontation in my opinion. Rather like how in judo (misspelt to mudo... ha ha) a small person can throw a large person right into the air with an awareness of leverage etc.

The world is in normal mode at the moment... I am a little suppressed and clamped down. I feel the world just could be so much better and I do want a kind of truth to prevail that sees those that act with impunity to have justice done back to them.

What the world will actually turn out like and what abilities might come from this, where we will all end up is a real mystery to me though.

On a basic level I imagine any solution will pull us into conformity with the better part of ourselves. So for me personally the solution, the movement forward often involves unusual Neptunian things (like this blog and astrology itself) and intellectual science/ politically based interests. Rather than a more dramatic idea I might imagine it would be likely that my normal astrology would push me forward along that line with other people also having that as well. (I.e. their astrology or ways of doing things).

The idea that things would massively change power wise is unlikely. However, what could happen is that information I have on events of a metaphysical/ new age area might suddenly become more relevant to the world at large which would change my every day experience.

Who knows though? this is all very abstract... Basically now we are waiting for the next new moon cycle and the French second round election.
Posted by No name here. at 14:15