David Wilcock has made a small update. 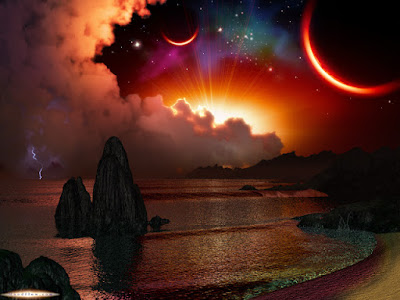 LET'S NOT BE QUICK TO ATTACK THE ALLIANCE
It is easy for us to be "Monday Morning Quarterbacks" and complain about the Alliance not doing enough.
Real people -- brave warriors -- are dying in ever-increasing numbers as this war reaches its crescendo.
They deserve our respect, honor and support.
They are putting their lives on the line while the rest of us safely argue with each other about whether they even exist, or are doing enough.
All the Cabal is doing now is trying to delay the inevitable. They know they are finished. They are just refusing to surrender until the very bitter end.
They have already thrown the timetables the Alliance had hoped to meet way off, but they can't hold on forever.

This is such an unusual line considering how little we actually know about this group... They are putting their lives at risk... When? Where? Why?

It seems rather like the security services argument... Do not criticise what we do or why we need all this money because you would not be able to understand it! However, it seems natural for me for people to explain the world as they see it! I sure as hell can't see what the "Alliance" is doing! Since stopping Brexit and Trump being rigged. If they stop Le Pen being rigged and GE2017 then they will have done more good things. But if they don't then they would seem to me to be a good target of criticism.

Also, David seems to make these statements but, like he said in this update, he is not giving much of an update because he was pressed for time. So it's sort of like... "Believe" this, but I will not explain to you why it is true, you should just believe it!

I believed rather unquestioningly when Benjamin Fulford said that the Canadians had escaped the reigns of Stephen Harper. But, Trudeau is a definitive globalist that has met, and has agreements with George Soros. The man is an odious human being and a lot worse than Harper. Harper took genuine Christian refugees fleeing the middle East rather than the slime that Trudeau brings in. (So when I said on facebook congradulations to Canadians for escaping Harper, this was slacktivist lefty style shite). Despite Benjamin Fulfords anger at Harper that I remember, perhaps because of his Israel connection. Harper, even if he is a globalist, would have been the better choice in my understanding. 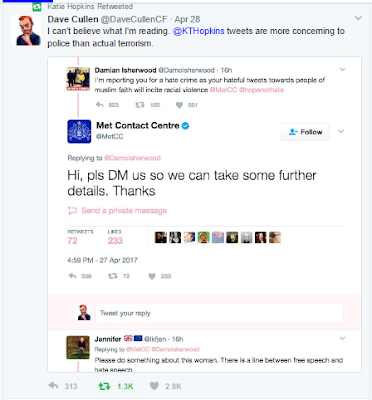 An interview with an English ex policeman who rebelled against the corruption in his profession here is highly educating. This goes into that web of corrupt organisations and suspicious off the books activity, but basically it seems that there is a cult of multi culturalism that is starting from bureaucratic groups running 'diversity' courses using sophisticated techniques such as NLP (seriously, has anyone ever heard of something good coming from that set of techniques!?) This sounds like a bit of a paranoid joke, NLP women are brainwashing police officers, something to be laughed at but apparently, there was a woman who had to divorce her husband because he went all strange after having done a diversity course.

What happens then is that they co- opt their weird ideas of 'diversity' in order to promote based on minority status rather than meritocracy, and apparently the police unions are powerless to stop this, i.e. if someone comes to them and says someone else was promoted because they were gay/ female/ from an ethnic minority.

What doesn't make sense here is... If these people are being promoted... Why is it leading to such bad outcomes? Why does promoting gay/ ethnic minorities etc. lead to worse outcomes... I understand how promoting feminists does so, since feminists are nasty irrational human beings. But what is it about gay or ethnic minorities that makes them desired by the political establishment?

It is probably the "right kind of" gays/ ethnic minorities. The ones that believe in the supremacist cult known as diversity. Or perhaps it is simply that promoting on that basis means you are NOT promoting based on meritocracy.

I have seen a few times now people saying that the Conservatives are putting forward Remain candidates in winnable seats. This is disturbing and shows a genuine danger to Brexit, and a possible plan being executed by the globalists. Hopefully though UKIP could win those.

However, I just saw a headline on the Express of Paul Nuttall being interviewed and not knowing anything about Boston. Oh how I cringe! Paul Nuttall is such a loser... He's just a loser seriously.

I don't know why the party pushed the Anti Islam angle then went against it, but it does not look good. Far more preferable if you are not going to stand up to Islam to simply not have mentioned it originally. Then I suppose Nuttall would not be able to live down standing outside a Stoke mosque saying Halal is A- OK. So the only option left is to come out anti Islam then go back on it?

I'm really hoping Le Pen will win and the effect will jump over the shores and give our politicians some stones.
Posted by No name here. at 06:34