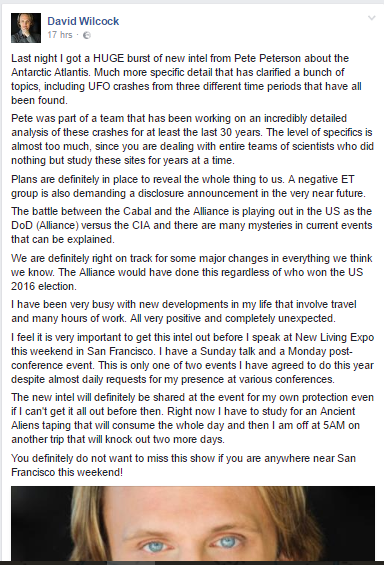 David Wilcock and Corey et al's information is becoming slightly difficult because it is so completely 'out there'. You have to have a deep foundation in things that are very unusual from a mainstream perspective in order to even understand what David is talking about. There is very little in my everyday life (except a persistent ability to see auras that appears periodically) that suggests that reality is real in a material sense, and the solid world against these strange etherial facts is very persistent.

Nevertheless David and others information is cause for hope. 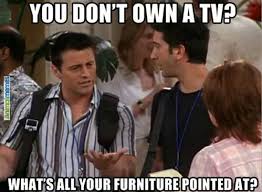 I have very often wanted to be the kind of person that does not watch television. I tried it a few times however... In my previous life:


That is a lot of pressure towards compromising in the name of 'living' and watching the occasional movie. However, now:
True I have lost the good parts of my relations with these people. However, due to the general stagnation of modern life the good parts had been under long term attack. If you do not act with quite a powerful amount of finesse at a high vibration it all goes wrong.

So, today I had a very bad dream. Very uncomfortable. Yesterday I said I was stopping Netflix but I then went and brought a season of a show that was not on Netflix and was a bit more intelligent. The unpleasantness of the dream that has followed has returned me to a long desired goal... Stopping all television! 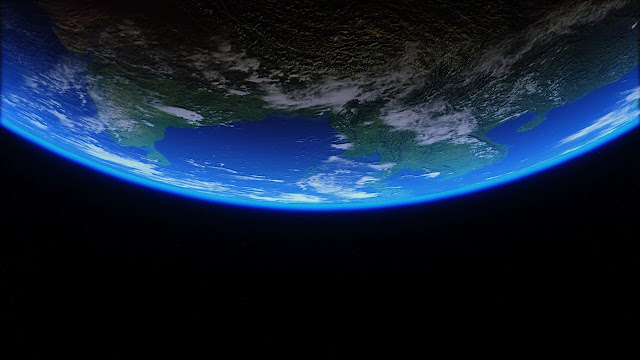 Not documentaries... Gaia TV for example or youtube commentaries such as Stefan Molyneux, proper education! But fictional shows that go nowhere. I would after all not have lost anything from filling the time I am watching these shows with...Nothing at all!

The world and North Korea:

I have just watched a show from Stefan Molyneux and a guest regarding North Korea. It is amazing the level of tyranny of the country. Kim does not allow UN people to feed his countrymen for free because he does not want to make it seem like foreigners were more efficient than his system. While everyone is starving North Korean are not allowed to criticise the government and say that is the case on penalty of government response.

Something discussed here is how the bad guys like to admit what they are doing (about 1:01:00):

"So why do we need spies? Why do we need the CIA? Because bad guys are always telling everyone exactly what they're going to do, it's this long Bond villain monologue telling you exactly where the lasers are going to cut you're balls off, I mean it's completely ridiculous. Hitler, what's he going to do? Is it a secret?... NO! He wrote the entire thing down ahead of time; it's completely insane to think this is hard to figure out. What does Al queda want to do?... Oh, you taught us how to take down the Russians, by asymmetric warfare against an economic superpower. That's exactly what we're going to do to America, thanks for the instructions CIA. Great knowing you in Afghanistan we'll see you on 9/11.

"Same thing with ISIS what are they trying to do, they're trying to provoke a gap in the middle of the Islamic community so that only extremists can be provoked, and there's going to be this war, they know exactly what they're doing and they keep saying exactly what they're doing. The same thing in North Koreas, it's published, it's printed, you don't need any spies, it's right there infront of you. They might as well write their manifesto in lasers on the moon. Yet we still think we need all these security agencies and spies to figure out what our enemies are doing it's like 'turn up your hearing aid guys it's being broadcast everywhere."

Benefits of not watching TV:

Since I decided not to watch TV I've been finding things to do when I normally might have turned to watch an episode of something on Google Play, I have been turning to zerohedge and instead of scrolling past the articles thinking it might be interesting but I kind of know it, the headline is kind of enough. I have been thinking how interesting those articles are!

We are about to live through one of the most interesting times of English history, definitely in the last decade, possibly a lot longer, this election is going to be epic! and I'm going to be awake for the whole thing!