So yesterday I had a more relaxed post because I can't be reading the Qur'an every day.

However, Saturday, this was another line I read that gave me a sudden pull back:

It's not sounding good, I just flipped to Sura 8 when trying to find this line and saw the phrase, 'those who disbelieve'... Joy!

In the context of the liberal arguments, the oft thought Christian tenet of a hell where people are tortured for eternity for not following the way of Christ is actually not at all true, created by arrogant elites who felt the ignorant masses had to be motivated with such means: 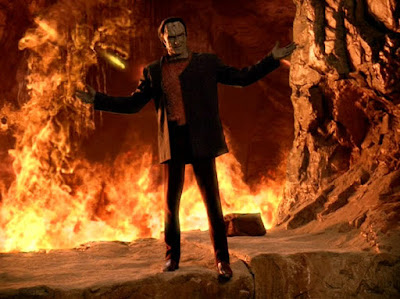 Merciful Truth: The origin of 'Hell'.


Polybius, the ancient historian, says: "Since the multitude is ever fickle, full of lawless desires, irrational passions and violence, there is no other way to keep them in order but by the fear and terror of the invisible world; on which account our ancestors seem to me to have acted judiciously, when they contrived to bring into the popular belief these notions of the gods, and of the infernal regions."

I have wondered to myself about the long bloody history of Islam and if it was in fact an inspiration to those who would go on and create later genocides. As though Islam was the fascist dictatorship that later tyrants could not live up to. For instance, Hitler was motivated by the Armenian genocide, that was a Muslim atrocity.

Recently this has come up... If true, it should be worldwide news!

Of course there may be claims, even by knowledgeable conspiracy theorists, that documents like this are fraudulent! It is interesting that Ken Clarke is presenting his evidence to Labour of a narrative opposing this... Interesting timing!

But back to Islam, in reading the book on Saturday it strikes me that the original entity that was partially responsible for the old testament, is likely the same one here. The Law of One material stated that the original commandments etc. were from a positively polarised human being that then ended up contacting a negative one due to lack of protection.

Negative being do not let go of plans and come up with something new. When they lose polarity trying to gain dominion over beings they tend to try and create the exact same situation and bring back whatever battle they lost. For instance, Hitler's Germany became the European Union.

Reading the Qur'an and details of Muhammed from the great source 'Apologetics Acts 17'. That has talked among other things about how cruel Muhammeds spirits were to him personally. Claiming, that if he misrepresented one of their prophecies they would cut his aorta, which is what he felt happen when he died! Here's one video from them but not the relevant one, I do not know how to find that at the moment:
Dark stuff!

And only one more article for feel goodz... Feminists getting their own medicine, but it is perhaps disappointing they were not raped by Muslims, since that is what they richly deserve having propagated that in Sweden: