Making sense of the Mandela effect.

So here we go, an interesting youtube video, a strange subject that is backed up by the comment section. Something that I have not definitively experienced (perhaps 'Luke I am your father' and '...hate leads to the dark side,' both changed). These though, if they even are true do not bother me, they have no emotional charge.

Anyway, here is the video:


So lets think of it like this... I have heard a few times, mostly from the same sort of sources, that the 'cabal'... 'those-in-the-know' drop truth into movies. Stargate, Terminator, Dark Matter, many other things all have disclosure in them. Another obvious place of disclosure for me, someone who knows the ins and outs of the alternative media ideas, is Netflix. For instance, one of the things discussed by Corey and David is people that are apparently dead by some horrible accident, were actually abducted by military, and extra terrestrial groups.

Obviously then, if the cabal are overthrown and there is disclosure some of these people would return. There are several Netflix shows that discuss this possibility. The Returned, the OA (returning with special abilities), Glitch, one with a child I forget the name of and Beyond, which does not see someone actually physically be taken elsewhere but the dream state becomes another relevant dimension.

AI is another important one discussed in the 4400 and Travelers. 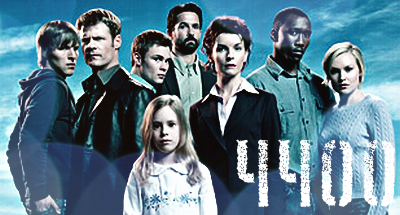 But to take this process in the other direction. What can we glean from these Netflix shows as important ideas that might have deeper relevance... Well... Time Travel! Although it is from sci fi, time travel is discuss in intricately worked out detail in 12 monkeys. It is also discussed once casually by David who said that in these secret programs, one guy went back in time and killed his grandfather; when he returned to his time a bus wiped him out... Rather like Final Destination.

Corey Goode was subjected to a process whereby he was abducted then de aged through time travel and returned to the time he was abducted. If the cabal are using this kind of thing for Corey then they are likely using it for other purposes here on earth as well.

This is to what I attribute the 'Mandela Effect'. In the 12 monkeys there was the good and the bad group, the good group was trying to change the past where a horrible plague had almost wiped out humanity and the bad group were working it out so things did not change. Opposing the good group very effectively. In the first season they always seem ahead of the people trying to change the past.

Now, this being Netflix who knows if that is correct... Both groups are returning from the future to change things, the LoO advised the good groups are doing it and the alternative media have advised the bad are. Who is stalemating the past so the changes are not too great? It could be either side. But clearly, small changes are happening. They also seem to be restricted to brand logo's, films and famous events. All of which the negative has a big hand in... For instance, someone has mentioned the Coca Cola logo.

Why are some people effected more than others? Likely those that store their lives in their brain are getting effected and those who store it in their spirit/ soul are maintaining their original memories.
Posted by No name here. at 05:55