Things are getting exciting!

Wow, things are getting exciting.

Stocks are dropping, The Dow Jones begun the week at around 20,100 but is currently flatlining at about 19,000.

When stocks fall I always feel this energy is released and things seem to coincidentally go a bit better. Perhaps it is the feeling of truth being revealed worldwide, because anyone who knows anything about the stock market knows it is overvalued.

There are exciting things going on newswise. Donald Trump is considering defunding UC Berkeley that is allowing violent leftists to beat Trump supporters and shut down speeches that are not left wing.

He is also taking a better tone towards journalists and leftists: 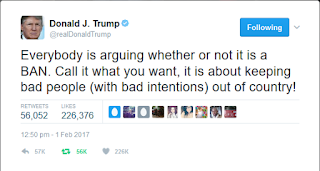 This is the way to talk to them... Give them no quarter.

Important on an international level, Iran is going to stop all its dealing in dollars soon, surely to create a massive ripple effect:

Paedophiles are suddenly being arrested, this means that negative individuals will be unable to continue their behaviours and will collapse through a kind of burnout from not having the energy infusion that comes with their dodgy practices:


So, unlike the usual slow movement it looks like stuff is going down! Trump is doing everything he said he would and it is unusual to see an effective person in political life with such a high position. We are also a bit further on Brexit as well, with Greece and Italy having difficulty and really needing to leave the Euro, France of course to potentially be out of it if and when Le Pen gets in!
Posted by No name here. at 08:00