Unusual of me to exclusively dedicate a blog to one documentary, but here it is:


In my life I have resisted left wing thinking even though a lot of the time I have been surrounded by people, (even at University) that are exclusively pushing it.

When there has been time to give an opinion on Thatcher I have previously simply stated that I do not know the market rules at the time, although there was one essay I remember where I talked negatively of Thatcher and Ayn Rand in a paragraph but I knew at the time I needed more time to investigate and it didn't feel quite right to make these judgements when I had not done so more thoroughly. Whenever someone is demonised without background information to support it it is always a red flag.

So, I have walked through life not knowing the history of my own country. Later on I knew Nigel Farage supported Thatcher and David Icke did not. I also had absorbed a political opinion formed from reading into how the negative polarity manipulates reality, by using the Law of Free will to present two negative choices.

However, this was a fictional book and now I realise it may be that the source was highlighting the authors personal flaws, as the source was known to do, to respect free will at all costs. 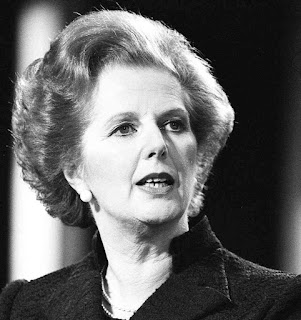 Briefly to summarise this documentary before Thatcher industry was all nationalised and the working class simply had to do what they were told. They had no private ownership. They would live in state funded housing, they would have a state given car, and when they died they would pass on their crappy house and crappy car to their children who would have no option for anything better.

The country was on a serious downward spiral. When you went into a job you HAD to become a member of the Union and when they striked you HAD to strike regardless of what you personally thought, you had no democratic option over leadership. It sounds like it was almost 1984. It was also similar to Venezuela in that state funded industry was unproductive because they were subsidised for all their failures.

Thatcher changed all this, she sold off state owned houses and privatised many industries. If the industries performed badly they failed... YES... GET IN THERE!

This is straight out of the Illuminati playbook. Debt was increasing, they want to create so much debt that the whole system collapses and for them to step in and 'solve' this crisis by openly admitting to being what they consider humanity's 'leaders' and the worship of Satan. It is not as I previously thought a battle where people are controlled and the pendulum of 'left/ right' is used for deep state gain, it is actually that the bad guys were being defeated during this period.

This has fundamentally changed a very deep part of my emotion. I feel dizzy from the sudden change of perspective. The idea the left promotes as Thatcher as this rich demon is... like all things the left promote... Utterly false!

Thatcher was essentially ousted when a more sinister evil came along than the internal leftist politics of England, when the European Union stepped into high gear because of the fall of the Soviet Union.

So, this documentary is a gift I now give to you! 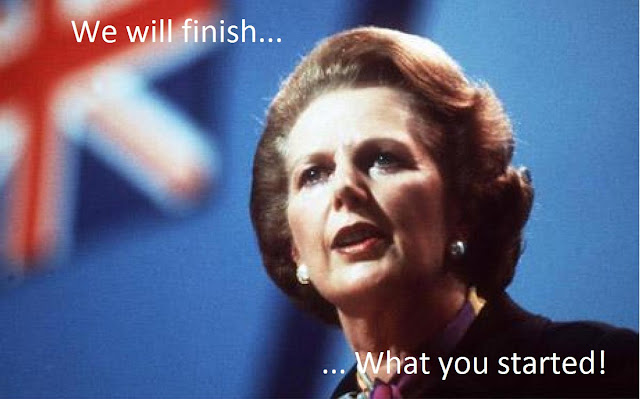