The problem with socialist thinking.

Very often when I am talking to people that are either strongly left, or some who casually lean left but because they have not thought it through (in my opinion). I am at a loss to explain exactly what the immediate psychological process that leads to the problems socialism and communism create.

But I think I have had an insight in explaining this:

Those on the hard or soft left seem to believe that the reason there are so many problems is because the people in charge are simply not very nice people and if they install someone who 'cares about the people' then things will be better.

They have believed this before every coup in history that has inevitably lead to poverty, death, suppression of free speech, torture of political dissenters and genocide.

To illustrate this, why are we having problems today with bad housing, low wages, bad NHS care, the stripping of the welfare state for the disabled and in positions where there is no employment to escape from it:

So where is our money going to? Some of the answer is in this article. The relevant part is in the additional part not in the title, because it is split into two separate articles:

Daily Mail: The death of Ukip and the birth of a new political era ... Subtitle: Royal Bank of Scotland has become a scandal. It’s time to shut it down

This winter there is a crisis in the Health Service. Elderly people are dying for lack of decent care because the Government cannot afford it. The unemployed are having their welfare payments slashed and our military capacity has been slashed to the bone again and again. Yet the taxpayer continues to pour unimaginable sums into the RBS black hole.

This is from a self avowed Conservative, who budges not one inch in his political views.

So, lets think of the left wing model. Taxpayers give huge (have stolen from them at gunpoint) sums of money to the government who then redistributes it 'according to the greatest need'. Obviously there are problems with demotivation here that are not going to be addressed, since they are addressed many places anyway.

But... Who gave permission for the government to steal take money that we have been told is taken to go to the NHS, and instead put it into a failed institution? Who gave permission to the government for many things... Immigration where we are taxed to pay for the health of random Africans and other citizens coming into our country?... Refugees that are causing chaos and mass rape in Sweden? Global warming taxes?

The people did not give permission for our politicians to do that. But yet they do. The left thinks they can elect someone with a different mindset, (although often wanting to keep policies such as global warming taxes and immigration because they have no respect for the laws of economics). But if there is a new leader elected under this system there will always be a pet project some government employee. Because people are emotional and fallible.
For instance, say you were the person in a position of administering justice, and a family member you deeply loved had done something bad. Most people would try and get this person off.. It is human nature. There is an irrational part of us all. As is the desire to punish. Under Huge Chavez, prisoners will thrown into jail in rat infested 3 foot rooms. Female suicide was the highest in the world. A judicial system controlled by more people instead of few will not have those same mechanisms.

The pay off for many bureaucrats in agreeing to spend other peoples money is to get the feeling of being a good person. 'Virtue signalling'. Laws to do with 'refugees' were passed with qualified majority vote. Which means that the larger countries dominate the small. Plus the vote was never published. There is no way to guard against the results of the vote being misrepresented.

This is where the problem is. The right wing free market philosophies devolve power in the form of wealth to the people. When pensions were first created it was working class communities getting together and doing it themselves. There was a massive outcry as the politicians loudly stated that pensions should not be controlled by the dullards, and they nationalised them. Only to take money from the pension pot when the government wanted it. 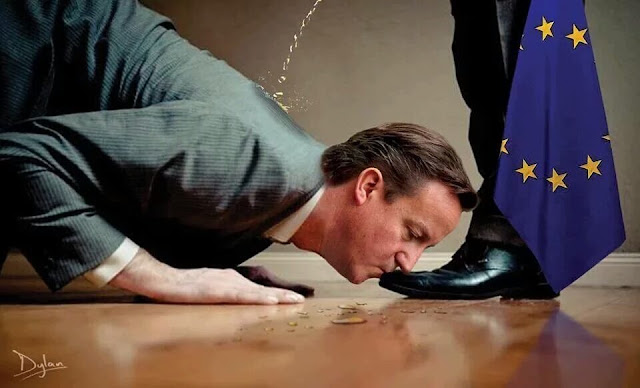 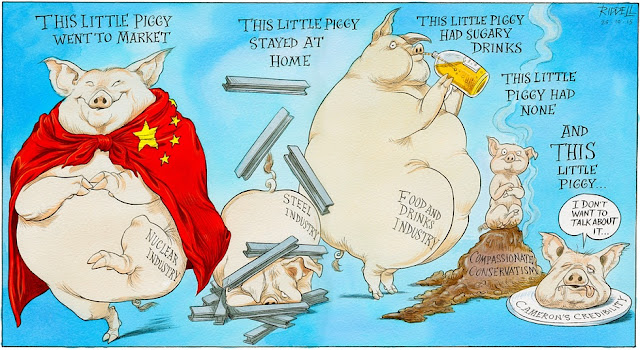 This is also now used for social control. Man people in teaching and the NHS don't branch out because of their pension, and think of it everyday.

If there was little tax and health, education etc. were all privatised. The government would have no ability to take money and follow its nefarious agenda. The difference here is that where there is corruption, they free market will handle it by that business failing. Like the banks would be able to in a free market. The left wing seems to think there is some magical potion, perhaps the right "saviour" who will end all corruption. The right believes in a system whereby corruption, that is inevitable, is weeded out by natural laws.
Plus, as regards to welfare, if people have money there is more innovation, and the persons own family is able to pay for things more. That is the difference between government and citizens having money. With the government you fill in a form. But the community will be able to distinguish between those who genuinely need help like Mr Clapson up there. Or those who are parasites like a friend of mine who once told me that I was not finding a job because I was like a "fat person who can't stop eating food".

All my friends/ acquaintances (who work) now think badly of this person since he does not work. He is a layabout.
Posted by No name here. at 10:24