My problem slightly outlined yesterday is becoming difficult. I have to avoid looking directly at other people so that I don't see auras and it is not comfortable.

The reality of any psychic ability is that in this world where there is a fair amount of negative and unpolarised behaviour, it can be dangerous. For instance, if you psychically knew you were soul mated to someone, and that person knew it too, but it was more convenient for that other person to claim that you were not their soul mate and your attempts to make contact with them were stalking, they could put you through all sorts of pain for their agenda. 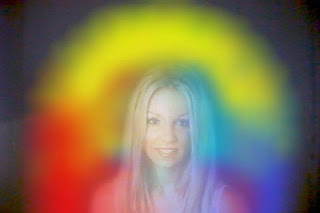 The same might be true of auras, people only want to hear the good things about themselves, and may have an aggressive opposition to the idea someone can see things about them as easily as lights on a Christmas tree. If you were to say something that is correct to some people, there is nothing stopping them denying it and then to deny it they have to say the thing people always say when confronted with a truth... You are mad, you are imagining it! Unless there is enough power to overrule the nastier members of our society then psychic abilities can cause a lot of anguish for their user.

This is why politics is the best place to apply energy in my view, changing the fundamental environment we live in to support these higher ideals and to punish the wrongdoers more effectively is the only way we can be comfortable pursuing high minded ideals and abilities.

In psychology and psychiatry, it is well known that families will pull their child out of treatment if they start to get better, because when the childs behaviour improves it might expose bad behaviour on the parts of other members of the family that they don't want to face. Imagine one of them is a bully and the child has retreated, but with positive encouragement from the psychotherapist the child gets the confidence to stand up and say he does not want to be bullied, this creates a problem and often the bully will have more power.

This problems was fictionalised in a Star Trek Voyager episode where the Voyager crew were passing through a region of space of a group that searched their vessel regularly to check they were not harbouring telepaths. Which they would send to gas camps and exterminate.

So a judge in America is now running their immigration policy! Trump is making twitter posts about the 'haters' giving such people too much attention. Trump has been slowed. Playing games with the media by banning people from countries on Obama's danger list is not smart. Because Iran is a far better potential ally than Saudi Arabia. Saudi's are funding and helping Da'esh, while Iran's shi- ite militias are the ones opposing them. I tend to agree with Iran on this:

Trump, in his effort to make the pretence of following up on his campaign promised is making Iran into a scapegoat, but why isn't Saudi Arabia on his banned list? Those people are nuts!

So let me guess the answer here! From one of these anonymous sources in one of these backroom chatboards, that was posted by David Wilcock as authentic, stated that the documents in the Clinton foundation and other ones these positive groups have are so inflammatory that they would immediately cause war... But with whom? It is not stated.

It is unlikely to be Russia or China since the establishment seems unconcerned with countries like them and they are on the side of the positive elements of the US military, at least partially. Could it be Europe? Perhaps although that connection seems to be strong allies... But Saudi Arabia? Now that is likely. With all the things I have read about Muslim sex slavery and various other awful things. The only thing that I think could create that assuming basically positive intention on the parts of Western leaders is the threat of war! 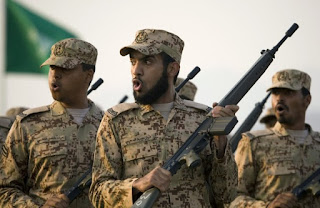 So, is that why Trump and the forces backing him are not directly going against Saudi Arabia? Seems likely to me. Although Trump will likely be strategising past this, and we have other things going on as well, it shows how the pressure of office have even got to him... and we're not even a month into his Presidency!
Posted by No name here. at 09:27