I was roped into helping a drunkard the other night find his "keys". It turns out that the keys were never where he thought they were! This is strange for me because I was very helpful with him, (He was not old and senile he was about my age). This was because in my mind, if someone says they have lost their keys they have lost their keys! Where they said they have! Even when I'm drunk if I say my "keys" are somewhere then that's where they are!

Another thing is that when I got into a chat about intelligence with a liberal (I always jump in and talk with them about IQ if I see them condescending to people in relation to intelligence, and they run. like. the. wind when I do!) When I got into a chat with a liberal about intelligence I recalled a twelve figure number that I was given and needed for something in the past, about two or three years ago and only read it about twice to originally memorise!


This is the astrology chart for the date put forward by that crop circle... July 21st: 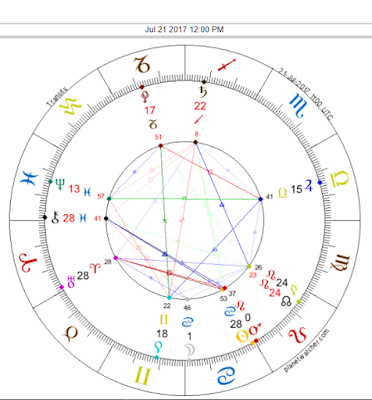 Interesting... Mercury on the North Node exactly, (Communication about our perceived best collective future), and Sun is exactly square Uranus and Trine Chiron. Lifeforce of the day is moving from careful protection and enjoyment of the home to a slight conflict (conflict can actually good via astrology, create humour in friendships etc.) A slight conflict with the tendency for a kind of underground intelligent "revolution" currently happening and in comfortable movement with humanities wound. Which could be to do with a country like Russia and could be to do with something like Extra terrestrials. (This is also aspected in the 21st of August Solar Eclipse but... inconjunct. Meaning needing to be indirect and not explicitly connected).


Another interesting harbringer of things to come: 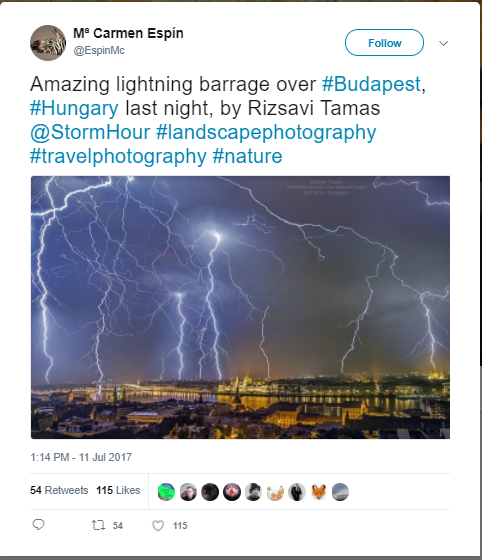 That is a beautiful photo, it's going to become my laptop wallpaper!

As I have written before lightning strikes are often precursors to social/ political change:

So, this is what I found out when looking up Hungary. There was a BBC article posted an hour ago when I did look that stated that Hungary's campaign against George Soros might be anti semitic... It must be effecting the cabal if they're pulling that card:

So the hard left are generally anti semitic but support George Soros!


In this video here:


At the end she (the narrator) says something very interesting. That there are two kinds of deceivers... Those caught in their emotional bubble and those who know what damage they are doing but are fine doing it for self interest anyway. She seems to think that Hillary Clinton knows what she is about [link] and that George Soros is not actually that self aware and genuinely believes he's right!:


Sex in the future:


Only one more thought I have and that's that in the future according to the LoO (at least in fourth density) people can psychically see what each other fantasize about so can choose people they are compatible with... This says something else about relationships. But I just wanted to leave this in here!
Posted by No name here. at 01:55