It's strange how intuition works (If it is indeed working and I am not just applying ideas of divine intervention to random events).

I have not been getting myself into searching for some sort of education I can use to gain a better career and today, it seems unlikely that I would be able to do that anyway.

Today, I am writing a personal post, more like a diary entry, because personal issues are in the way of my thoughts. This means it will be a non publish (Not posted on facebook or twitter).

Listening to people like David Icke and just continuing to read around it seems that there is quite a lot of evidence that Israel is a very important part of the globalist structure and that the UK continues to be one of the bigger globalist players on the world today:

A) One recent Prince who defected from Saudi Arabia has said that Saudi is controlled by America and Israel. They do exactly what these two countries say.

B) The UK is the biggest arms supplier to Saudi Arabia.

C) Any politician that opposes Israel loses their following re- election campaign. Whenever Israel wants something it is passed unanimously in America's Senate.

This is getting tiring though, we are still waiting for movement forward and it is good we are apparently taking back our fishing waters... But it has not been agreed to yet so it has not technically happened. Only intent has been signalled:


A) Any new information and updates on this Nazca body on Gaia.

B) Any new headway on the Brexit negotiations.

C) Any new arrests of the DNC members in America, such as Loretta Lynch who is being investigated for stunting a previous investigation into Hillary Clinton.

On a small astrological note I find it interesting how the two Scorpios, Stefan Molyneux and Brittany Pettibone, are the ones dredging up and looking at the breakdown of our society... Also Peter Hitchens has managed to bring up darkness few others seem to perceive with his articles on whether illegal drugs are causing violence: 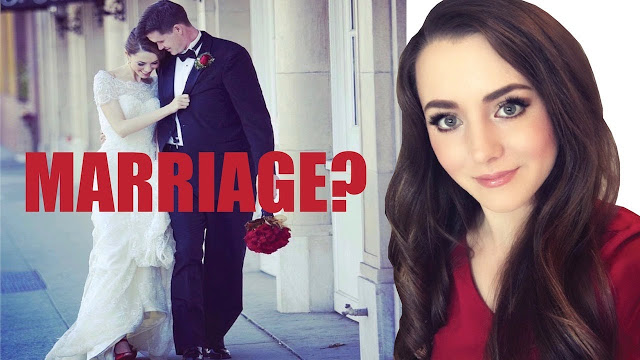 She looks very attractive. In the videos with reality calls and Brittany Pettibone those two women definitely symbolise a passiveness capable of 'receiving'. With Brittany's big eyes feel like they are seducing anyone that looks at them, my reflexive slight guilt at any sexual thought has no defence here. 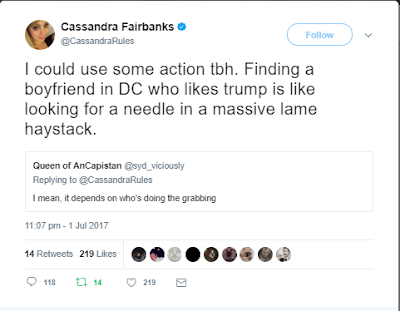 I make a quick calculation that I'm never going to physically see her and/ or sleep with her anyway, so what does it matter? (Also that in general without a high paying job and without a stable psychology the discussion is moot anyway!) Cassandra occupies a place that was never a problem for me before I stopped doing music, people that seem as though they are on a higher social strata than me and that I can't access!

However, this is the personal stuff that I was going to mention: At the moment I am navigating a fantastic amount of stress. I think it's likely because of my job that I don't feel safe at... I am also not working much at and my original plan to increase my hours to the direction of full time has not worked out. The lack of money itself is becoming a source of stress, or more accurately, the future projected lack of money since my hours have reduced.

I need to A) Talk to the people about my work situation which would normally not be stressful because there would be informal processes that would take the heat off. B) Then go for another job and hope towards more 'full time' than 'part time'.

The real trouble is that I have been depleted for a long period of time by health difficulties, ongoing working with no breaks (i.e. unpaid breaks or long period of time when not taking alloted holiday), and not having money. So I'm always putting off buying clothes for instance until I buy 'x' first. But I never end up getting x because I don't have the money.

This is the normal stress that many people are absorbing.

The people that can actually sort out the problems and suffering in the world are more concerned with putting forward a 'partial disclosure' that because of it's technical sophistication (release this information, but not this) basically prevents the whole thing from happening.

Hopefully the ET's will override this 'Alliance'.