This is not going to be an inspiring post most likely, but more of a dull catalogue of the political carnage:

Andrea Leadsom (the pro Brexit candidate) has exited the Conservative leadership race, leaving the 'Sith Lord' Theresa May, Nigel Farage (leader of UKIP) is gone. Angela Eagle is running against Corbyn. All the parties then are in disarray (not counting the Libdems and Greens).

And the media is always there for all of these events: 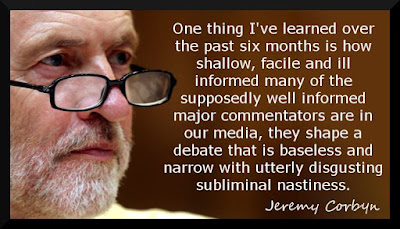 So Brexit including the end of the free movement of people, is not going to happen while May is Prime Minister. With any luck there will be a General Election soon, a non rigged one; but I'm not holding my breath on that one! Theresa May has already counted it out.

After the Dallas shooting, these things and a few other little things lead to an uncomfortable feeling in the air... Were Leadsom and Farage out for death threats? Maybe, maybe not... But it does not look good:

Why are all the up and coming power mongers women? Theresa May, Angela Eagle, Angela Merkel, Hillary Clinton?

At least I have something on my local MP (who is very close to Chukka) if it does go to another General Election:

On a better note it appears I was wrong on Chilcot:

David Wilcock wrote a little about this kind of thing in his book 'The Synchronicity Key'. That in stories the bad guy has to appear to be winning before his eventual defeat and that this was a code of how reality works... It does seem a little hopeless at the moment...