Dark times, a coming crash, and the slow movement of politics:

Dark times in these were some of my early morning thoughts:

This is on top of the Nice events that seem to have got the whole of twitter bad mooded... Conversations of which were going on indefinitely on twitter.

Then I watched this film that isn't as cutesy as it looks (but it does have an awesome trailer):

And on top of every conversation about Muslims that went on and on and lead me to this tweet: 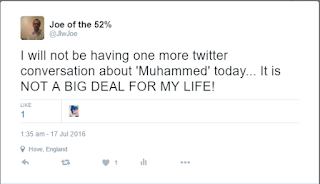 This kind of thing just turns up: 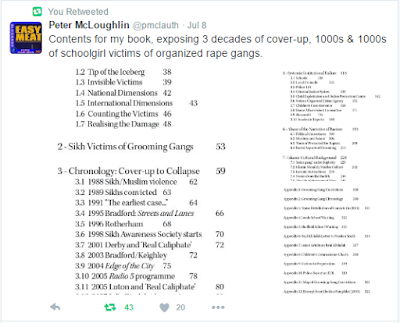 The darkness of our world is screaming us in the face at the moment... it is no longer hidden... It was never really hidden but now, on the verge of revolutions... It is far less so.

And, while I did have more to say I need to get some sleep at 5am so will just leave you with this, it's definitely coming:

Within this is the claim that stocks have already been rallying on increased buybacks following green light from the Fed.

The market is also pricing in some stimulus measures that have not happened yet... Including a kind of QE on steroids that will buy up all sorts of asset classes not touched yet. But these things haven't happened. The market has priced them in on blind faith...

The drop will be SUDDEN and it will be EPIC!

Know where to get my rucksack!

Brexit is looking like it is moving slowly but has not stopped.

Theresa is not moving because of Nicola Sturgeon but David Davis is proving to be as unpredictable as ever.
Posted by No name here. at 21:03