The lack of democracy... What do we do now? Said Mr Wolf.

These are four leaders who were put into positions of power without being elected.

The last one being still in play... The first three were each trounced in the following election...

Democracy is not just a government manipulation mechanism but is based on metaphysical principles... The negative likes to give people a choice between two not really that different alternatives, but give them the commitment to the government, to voting for it, so they can feel they have voted for it with their free will and so do not rebel...

This also includes brainwashing that in some way they freely choose... For instance, a person can carry on watching the British Brainwashing Corporation and buying their licence fee, and sit down and watch their brainwashing that tells them Blair is such a nice chap.

But as a system changes... as people awaken in this tightly controlled environment, they start being unpredictable... Several people have upset the establishment recently, it is always someone committed to their cause on one or the other wing.

Bernie Sanders/ Jeremy Corbyn, Donald Trump/ Nigel Farage and Brexit in general. There are many counterparts in other countries. All have the cultural backdrop of their own countries meaning that Trump and Farage, Sanders and Corbyn are actually different people with different policy concerns, but seem to have fit into the role that is created there.

As is coming out now in the DNC leaks, Clinton had the whole of the well funded establishment behind her and still would have lost if the rigged match of superdelegates wasn't involved; (and even more rigging on top of that). All these people are upsetting the establishment since the establishment has lost so much power in it's geo political wars that it is now weak. But they still have all the money and this was behind Clinton... The Clinton campaign essentially became the editor for the leading media in America, nothing was done without their approval. Clinton still would have lost if some of the worst rigging had not been allowed... This shows how the people are not responding to the negative controllers manipulation anymore.

This is where we are now and at every stage the establishment is trying to make decisions without consulting the will of the people... Therefore they are trying to disavow free will, so they will inevitably, (a nod to those of you who understand this from the LoO) they will lose 'polarity'... Which essentially means they will lose the inner conviction to fight for their case.

The Tories establishment wanted Theresa May not Andrea Leadsom... Andrea was the choice of the grassroots Tories (who are now leaving the Tory party since they want Brexit) she was forced out (yes her own choice, there should have been another Brexit choice) but it proves the democratic will would have elected her and would have gone against the establishment... The same thing is happening with Labour... They do not like Corbyn and have dragged their feet for so long trying to find a way to have a vote without Corbyn winning. 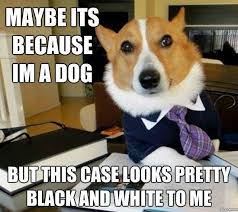 So what can they do about all this 'democracy'... They are winning the occasional battle. But they cannot win this war and they know it... Well, this is what all these "terrorist" attacks (of which there are many) are about:

Before of course when there weren't so many, it was easier to keep in mind that these are false flags: 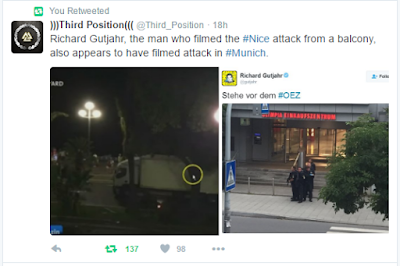 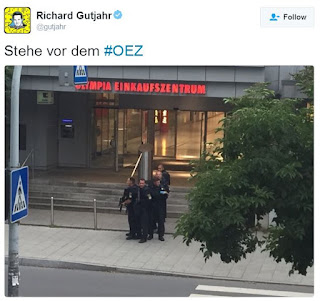 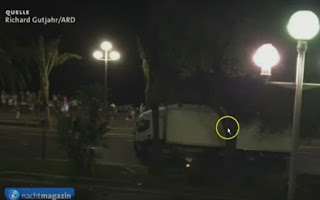 So, the idea according to Fulford and another source, Partisan Girl, is that if they can create a situation of war between the 'hard right' and the 'Muslims', they can have martial law and cancel things like Brexit and elections.

It's a good idea in theory, but so far to me it seems like a lousy way of getting there.

The left hand does not know what the right is doing. If you want to stoke up violence you have to get the media in on it... But the BBC is trying to actively suppress things, and will downplay any Islamic connection. There are also holes in this plan... Why Germany? Even though I do not want a terrorist attack here, in England, it would be a more logical choice if you are hoping to cancel Brexit!

Any attack of that nature though would obviously grow UKIP... And UKIP are smart enough to direct themselves at the establishment... But if you're hoping to run an empire you can't run plans so schizophrenically like this!

I have often noted how Trump jumps on it when there is a terrorist attack and sometimes have wondered whether he does so deliberately to penalise the negative forces for pulling shit like this... If you position yourself well to benefit from the negative crap then it follows they will be less able to pull it.

We do have Theresa May who's doing quite nicely in blocking Brexit and I do not know the situation in Germany, perhaps the 'far right' are more dangerous there or the politics more dangerous for Merkel.

At this rate there will either be a crash pretty soon or the... at the moment daily, terrorist attacks will spread all across Europe. Who knows, maybe the Illuminati will get their blood. But whether or not it will be martial law or something altogether less predictable remains to be seen!
Posted by No name here. at 16:05