1201 in the hyperlink is highly relevant to me!

Anyway, regardless of that. His post at the end talked about a lot of things to do with invisible extra terrestrials battling each other!

This is interesting because of the references he made to how badly the cabal are doing and how they are redirecting forces to places like Antarctica... Will David Cameron and Nick Clegg be going there. Of course they will ... Err... No! 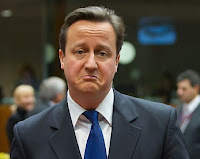 If the cabal could make it so, they would be these two sad sachs were staying behind to face a ridiculous pantomime trial!

Everything I say here is going to come back at me from all sorts of in the know people in some mysterious process of many thinkers I am listening to saying something that relates to it, that is probably my brain picking up on the connections of stuff I am thinking about.

What strikes me about this perspective of David Wilcocks is that the cabal are out of power. Think of how beautiful. (Truly evil but beautiful.) 9/11 was! So many facts were out there to satisfy free will but the populace at large was simply too traumatised to see them. When I was trying to heal myself from diabetes in my quote, unquote 'awakening' period (pretty stupid concept to me to be honest) the main healer there got in an argument with a woman about 9/11 in which he got to the point of repeatedly shouting; THEY BOMBED OUR COUNTRY, THEY BOMBED OUR COUNTRY, THEY BOMBED OUR COUNTRY!!! This was a HEALER. A new age person with contacts and a deeply impressive and technical energy healing system. He simply could not face it. Evil, yes, but a work of art 9/11 still was!

This was because, at this time the cabal still had resources. I do not recall when the spheres showed up but perhaps they were not very advanced in their work yet if they were active. No Pluto into Capricorn. No Chinese trade war or abduction of extra terrestrial equipment yet.

The whole thing is visualised as reminiscent of an intelligence agency, or rogue actors within, who were efficient. Who conducted meetings and planned things with viciousness, but the smoothness of films on this subject, especially when the bad guys remain largely mysterious. The researcher into sociopaths Martha Stout commented that when she saw the smoke coming from the building (which there has been pictured a satanic face coming out from it) she got a voice in her head saying... Satan laughing spreads his wings! 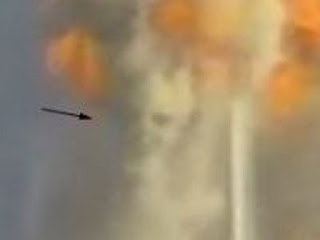 The aftermath was just as smooth. The war in Iraq, the impotent rage of all those that could not do anything and the continued fear of 'right wingers' resulting from this war that persists strongly to this day and has created perhaps, in part, the modern Social Justice warriors.

But, and this is a big but... What we are witnessing now is nowhere NEAR the efficiency of this system. As I have charted before, the bombs are going off all the time and are not at all as clean as they have previously been (What was that 777 point drop about?)

First lets look at this:

Of course strongly influenced by this ongoing battle with China that is the big thing here, the August crash started with a Yuan devaluation... (Also predicted this crash myself by astrology here and explained here) 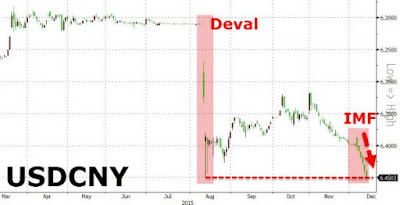 So the massive deval. by China is the one that caused the August crash.

At the time, and what they are also doing now, there was a fed meeting concerning interest rates that took credit for the crash at the time that no one believed. The Federal reserve has also scheduled important discussions for around the EU referendum time to take credit for anything the market does and maintain the myth of their own omnipotence. That nothing happens without them being involved. No big moves!

So, why I am bringing this up again is that if you look at that first chart again. When the market tumbled (through no action of their own) The cabal started some fireworks in France... But... If you look at the chart it's obvious that that did absolutely nothing!!! This is not a 9/11... It is a pointless job that did not effect any of the outcome they wanted! For that they had to then go and blow up Tianjin!

While the next France one was OK, and did exactly what it should have done... I go through in the blog on this area how the Brussels attack was timed to coincide with the market being about to tumble based on some very basic dual chartwork (yes it sounds stupid... I have trouble myself believing they could be so basic!) 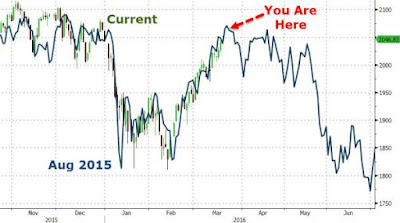 Brussels attack was on the 22nd of March, see where on the chart you think that is! 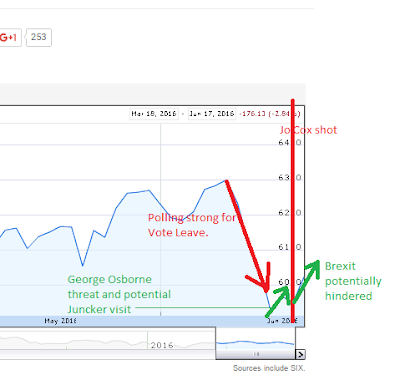 But, what is interesting about this? Yet again, extraordinarily sloppy and last minute. Conspiracy theorists quickly drew parallels with the Murder of Anna Lindh which was UNSUCCESSFUL!!! The cover story of this guy being a super assassin makes no sense! Even less so than the Colorado shooter, at least the Colorado shooter was intelligent enough to hide things and have opinions... This guy was the sweetest thing that helped Muslims learn English, was only really into gardening and had no political opinions... There is no credibility to this story... It is the DEFINITION of sloppy work here. (Where his conversion to uber fascist factors in also makes no sense!).

(I'll leave you with Stefan Molyneux's videos about the Orlando attack) 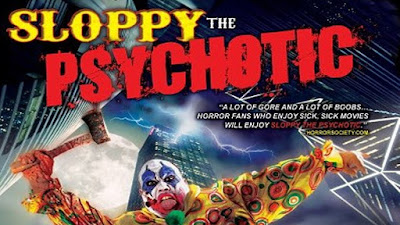 Well, simply put, they don't have the manpower, resources, and they are opposed too often to really put any finesse into these things. The Orlando shooter's wife was told by the FBI not to tell the media he was gay... How long did it take everyone to find out? (via David Icke):

Orlando Shooter's Wife: The FBI Told Me Not to Tell the Media He Was Gay

... and the point is is not just the attacks themselves, i.e. with the Orlando shooter supposedly being able to carry in so many rounds into a nightclub and keep everyone in the room as he shot them all. To kill 50 people and wound 50 more... the point is also the overlying agenda that these attacks are just not meeting. Sending a bomb or shooter places when you think the market is going to go down is not the behaviour of someone in control... It is someone that is beyond the edge of desperate.

... and it is the behaviour of people that are... Losing!