I must admit I'm still a bit wounded from the whole UKIP losing thing.

Not to worry though: 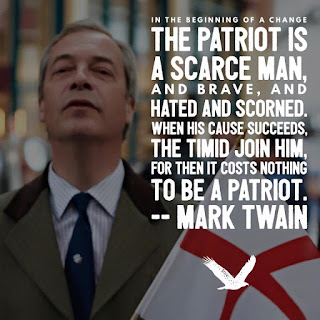 Daily Mail: Nigel and I are fed up with Ukip, says major Ukip donor Aaron Banks as he threatens to pull funding unless he is made chairman so he can 'purge' members and stop the party being 'run like a jumble sale'


Express: 'MR NOBODY' Douglas Carswell SLAMMED by his OWN PARTY amid growing calls to LEAVE Ukip

Now these people are all saying that Paul Nuttall is a good chap who has been lead astray by Carswell and co. I don't agree. Nuttall knew that he was being coronated in the leadership election and yet he said nothing.

These movers and shakers know that though, and I think what Banks is doing is that he expects Nuttall to refuse his offer, but the membership and his future critics will know that he did everything he could to reform the party before moving on.


Binding spells, or defixiones, are some of the oldest in the historical record, and are nearly universal in the world’s magical systems. In this document, binding, which seeks to restrain someone from doing harm, is differentiated from cursing or hexing, which is meant to inflict harm on the target(s). It is understood, in this context, that binding does not generate the potential negative blowback from cursing/hexing/crossing, nor does it harm the caster’s karma

OK, well let's have a look at this shall we: 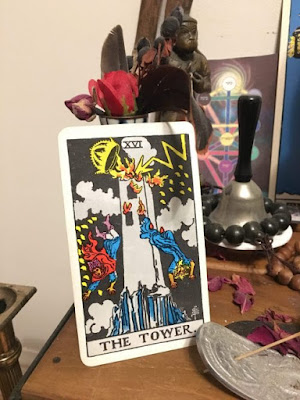 Afterward, ground yourself by having a good, hearty laugh, jumping up and down, clapping your hands, stomping your feet, and having a bite to eat. Grounding is very important—don’t neglect it. And remember—he hates people laughing at him.

The Use-His-Pet-Phrase-Against-Him Variant: In place of “So mote it be,” instead say, “You’re fired!” with increasing vehemence. This should be particularly beautiful as the flames consume his image.

Do these things sound positive to you? Or in any way 'defensive'? Does it feel positive or defensive?

The Tarot is an archetypal system which means, we all pass through experiences roughly guided by an archetype. We also do as a society. Immediately preceeding the Tower is the Devil. The Devil is when we have gained in spiritual strength but not yet able to use it. So the environment challenges us to a level we are not yet able.

Then eventually, we have the tower, that was originally a single bolt of lightning. Later it was added to as all the tarot were.

The lightning represents spiritual insight. It is the arriving at a sudden conclusion in the midst of the darkness of oppression. (Whether that be outer or inner). Perhaps it might be compared to the moment an addict makes the choice to stop his addiction. 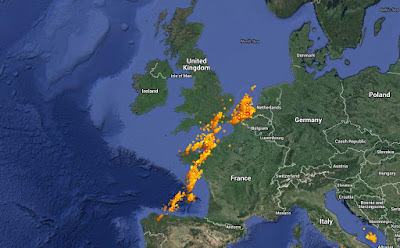 (On night before Britains EU referendum!) 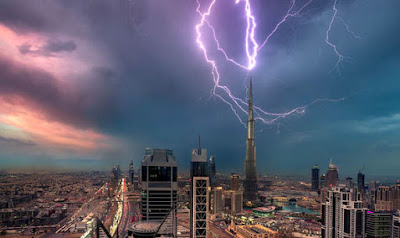 But, I have referenced here how lightning is being used prophetically in relation to this archetype.

What I think this ritual does is attempts to push the 'tower' onto Trump in the inaccurate way it is depicted.  However, when Christian group and others respond, even just the American people sending love to Trump and his agenda, the energy will bounce back.

It will allow, via free will, these women have opened the door to this kind of insight upsetting their balance. This might come in the form of a market crash, a sudden change in the welfare state, the disintegration of feminism or some other thing. Whether it could simply be enough for Trump to continue and them seeing their ideas are ridiculous is possible, but to my mind doubtful. It will likely arrive in a physical form that is on top of what would happen anyway.

Also, they are stating they will continue the ritual until Donald Trump is out of office, they are expecting to gain polarity from that and if they do not they will lose polarity. Again I don't know what form this will take. But it seems likely to me that their magickal work will take some physical form but will likely be unable to properly manifest. Due to lack of proper focusing of intent.

I think this article shows how feminism supports globalism:

The Independent knows full well that most people only read the headline, but here's the crux:


“It seems to me that the last thing we need here is another group from a super-national body set up to make it look like they are doing something on issues but just becomes a talking shop when actually its not the implementation of the Istanbul Convention that will actually make any real difference to levels of violence generally, and certainly to levels of violence against women,” he said

Just another (successful) attempt to grab power by the globalists!

To use a metaphor, if I was going to work in a hospital to heal the sick I would expect a different crowd to support me than if I went out to rob someplace. My friendships or lack thereof would change because of these endeavors.

Same thing with entities. To demonstrate how a small intent can change everything. I recently read a post from 'Humans of New York', about a guy who was doing very well at gambling, he felt like he was psychic but then later, he just felt something was wrong and then he lost his wife and children and his wife was destroyed.

Another one I heard was someone who did a love spell on an ex and then their lives went into chaos. This is because the intention is not positive, so it allows a negative entity into their lives and things go wrong.

I wonder if a similar thing will happen with these women. Who is it that opposes Trump? People that sacrifice babies to Moloch. To cast spells against him is to claim help from negative entities that share those same goals.

Perhaps this is why as this was going on I woke up and felt a strong need to send love to 'beautiful girls'.
Posted by No name here. at 02:37