A market rap up by Gregory Mannarino:

This is the problem. This is why these companies are struggling so much. In a normal economic system the stocks would go down and in a sane social system the profits enjoyed by these corporations would fall slightly as the stock level fell, but everyone would recognise this as a feature of the markets.

Thus companies would not be pressured to engage in massive stock buyback programs in order to keep stocks at insanely high levels. (Thus decreasing capital expenditure and wages)

But we are not in a normal economic system or a sane social system. If the stock market falls even if everyone else is struggling too, the company heads will come under pressure. Also, the market is insanely overvalued. There has been masses and masses of government intervention and if there was a correction, it might be far more serious than just a stock fall. It might completely decapitate a lot of businesses in the market today.

This is what the free market libertarian right wants, a clean out of the system and for bad companies to actually fail, but this is not what the deep state wants, because they will be the ones losing power. It is their philosphies that in a lot of cases link back to satanism that are the most inefficient companies, it is them that will fail under any real free market.

But regardless of that, what is next. It is time to stop lounging in this doom and gloom and review what has already been repeated about coming political trends:

On a general level, the Trump effect will modify the incentives and slowly, the department heads he has put in will promote the right people and right attitudes and the satanic liberals will not be prevailing. This will be a hidden effect but eventually, somewhere down the line, we will start to see big changes that are a result of hundreds of thousands of little changes. One of these is the already mentioned mass arrests of paedophiles, so far in Pennysylvania and California, and behind the scenes probably far more.

In late February, somewhere shortly after the 20th, we will have an election in Stoke which Paul Nuttall is likely to win. This might put some rocket fuel into Brexit. 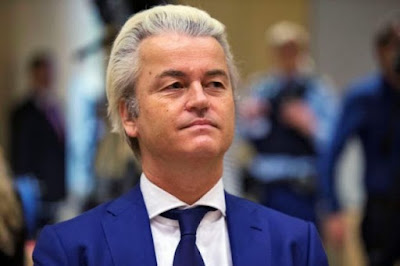 March 9th we will have the Dutch election which Geert Wilders is very likely to get in. I previously had thought this was what a google search had told me was in September, but a Sky News article has written this as March 9th. The effect of someone in power who is so anti Islam and even is intending to go so far as to ban the Quran could be huge.

Then we have March 15th. The triggering of article 50.

At some point we may see some new craziness with Greece.

... and, most important of these potentially is Le Pen getting in in France because that would be the end of the Euro, although like I have said before France has serious problems (27% Muslim population with evidence of violence and extreme views within those groups, adopted the Euro) and I would hope that many countries would be sorted out so the alt right movements in their midst may lend their support. Geert Wilders presence may help this.

Germany will be having an election in September! Merkel out!

At any time Italy may erupt into a Greece like crisis with their Treasuries rising in yield and potential changes in leadership.

So all in all it's looking quite exciting.
Posted by No name here. at 03:15