Recently on a Benjamin Fulfords blog post, David Wilcock posted this page as relevant in relation to world politics:

This is very interesting and includes some of the following information:

A) If there is political disclosure of files such as the Clinton foundation, there will likely be a spontaneous eruption of war because of the news of what America is doing overseas.
B) There would also likely be civil war because of all of the foreign meddling in American government.
C) Theresa May wants to keep Britain in the EU.
D) White genocide is a thing and is mentioned in the Clinton emails.
E) The most paranoid conspiracies surrounding 'Zionism' are true and George Soros wants to create a genetically pure Jewish 'master race' while the rest of the people are forced together in a large 'multi cultural' group.
F) According to this guy, the holocaust never happened. 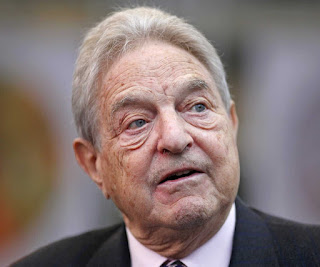 This information is up for your review, you decide what you want to do with it. It is of course possible that this FBI insider has a side interest in conspiracy that leads him to mention things that are only his personal interests and not from legitimate sources, or that he has put things into this for 'plausible deniability' as he calls it, which he states that he has done.

It is interesting though, I have never heard "holocaust denial" mentioned by anyone other than left wing cranks that aren't worth listening to. Le Pens party in France have links to these beliefs and when she gets in it is likely that any such evidence can be examined in France.

Aside from that we are still in 'waiting game' mode!
Posted by No name here. at 08:36