On the cusp of change!

Thinking about Gab again, wondering if it has gotten any better! People on Gab though previously seemed to me narrow minded and up their own ass.

Twitter today has released worse than expected statements of how the company is doing and currently it is down 9%. It seems the social justice infested platform is losing out as is anyone on that side of things.

Netflix is another one. I have contented myself recently watching Star Trek Voyager, that I might have gone out and brought if it was not on Netflix. When that is done though the only thing I watch on there is shadow hunters, which I can regretfully live without. Netflix has released a new special in America called 'Dear White People'. It also has a show on similar lines called the Santa Clarita diet. 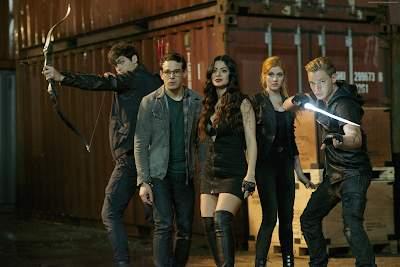 Anyway, things are clearly moving in the Trump administration and it has just struck me today, that the remainers had been holding out hope Article 50 was going to be stopped by one of these votes they have secured. They must finally be starting to accept that Brexit is going to happen. (My local MP has been quiet as a mouse about this).

After the house of Lords vote, which MP's clearly think is likely enough to be sabotaged that they have threated the house of lords with abolishment. Soon after that article 50 will be happening.

Stillness in the Storm: FBI Insider Answers Questions About Next Weeks Arrests Of Washington D.C. Politicians Involved With Pedophile Networks


Q Is Wiener connected to the upcoming arrests of 30 high profile politicians?
A Yes, and more directly, Wiener was part of ring that includes his mentor. Ultimately, we are looking at close to 30% of the political spectrum.

I flatly do not believe that these people are going to be arrested next week (as David Seaman was told apparently, his first experience of the 'mass arrests' myth?), I expect we need more votes, more 'free will' expressions before things really shift, and when they do shift it will likely be in an unexpected direction than the Alliance and Cabal expect. For example, the powers in charge still seem fairly pro Muslim and possibly pro immigration, even if they are the good guys. But the people are not pro either of these and when they express their will it will go against these groups preference I suspect.

But 30% of politicians being involved either with banks or pizzagate like activity, that's a lot of people, a lot of change if they are suddenly removed!

Here's another interesting one:

Zerohedge: JPMorgan Just Can't Stay Awake In This Market: "Nothing Is Changing The Equity Narrative"

Even the banks are getting bored at this stagnant market that is not moved by anything!

... and yet another interesting one. Everyone involved is getting so tired of Greece and their self centered whiny cowardly president, that no one is talking seriously about the possibility of Greece growing any balls and leaving the Eurozone. They expect, as has happened before, Tsipras to bend over and take a renewed thrust from Merkel. (However, I heard it mentioned that with elections coming up in Germany, bailing out the Greeks any further is not a good idea for Merkels election prospects!)

But perhaps this article, someone this highly connected talking about it, will give credence to the idea something is going to happen:

Tsipras already has the mandate for this!
Posted by No name here. at 08:11