I passed a stoner a second ago, while I was out. My head is now throbbing because I am allergic to that stuff.

I don't at the moment know whether cannabis is a medical miracle or a substance that leans people to violence. I very much hope it is the latter and we can see users locked up.

Anyway, back to politics:


For that reason, the Asian secret society sources say a campaign portraying North Korea as a villain will be intensified over the coming months in preparation for a short but intense war early next year. This war will not involve countries as they exist now but rather would be between hidden forces behind countries, the sources say. So the Russians, the Chinese and the Americans would attack North Korea who would be backed by secret Russian, Chinese and American factions, making it a war between secret societies rather than a traditional one between countries, the sources agree. The aim will be to force out secret groups operating behind the scenes into the open, the Asian secret society sources say. 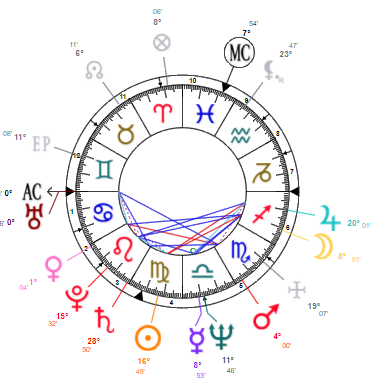 Pluto... The 'what the Illuminati happen to be doing planet' is precisely on the closing eclipse on the 7th of August and Saturn is on the Solar Eclipse of the 21st August. What the new age are calling 'the disclosure eclipse'.

Also another thing I found interesting, is this absolutely fantastic body language analysis. It is something else because the subject is a good liar. Some of the people analysed believe they are telling the truth so their body signals truth, and some are bad, stupid liars and some are telling the truth. This woman though is a talented liar. She comes straight out of that pattern of women who have a lot of social practice with it:

This is almost advanced enough that I might end up using it in my daily life! Although I don't meet that many instances when people are lying because I don't have casual acquaintance friendships.


Events of the future:

Still waiting obviously on 21st of July even though I believe very strongly nothing will happen! However, the end of the moon cycle will good and there has been a lot of interesting astrological information.

Tomorrow, in line with this gender pay thing, the BBC are going to publish the salaries of their top talent... Is this a ploy to get rid of Andrew Neil? The continual efforts of the Matrix to rebel against meritocracy... "Andrew Neil is providing a better service than our remainer broadcasters and he is consequently getting more money... This is unfair... We want the remainers to be paid just as much!" I'm hoping this will collapse the BBC eventually, paying a licence fee for Graham Norton to get dumptrucks of cash to his house. I'm hoping there is a backlash.