I used to watch a lot of television. But I am recently very proud that I have stopped watching any fiction at all.

After all the Star Trek Episodes of each of the three modern series. Angel, Buffy, all three Stargate, it has just got to the point where enough is enough.

But I wanted to review some old TV, as I am thinking about it a bit at the moment: 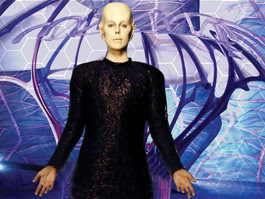 From the "over active imagination" (i.e. Experience in Space Programs Data Dumping) Gene Roddenbury. The tale is of a group of extra terrestrials who come to Earth, aligning with the peoples of earth and offering technology, but as the series continues it becomes clear they have malevolent intentions.

The series feels very political. There are just ongoing manipulative tactics that give the story a realistic feel in our corrupt political age. One early thing we learn is that 'Protectors' of the 'Companions' are given chips in their head to improve themselves. Superior intellect, visual acuity and strength etc. What is not told to these people before they have these chips inserted is that it gives people a "motivational imperative" to do exactly what the talons want them to do!

Although the Talons are not malevolent. They have inner squabbles with the leadership and have good and bad people within their ranks. 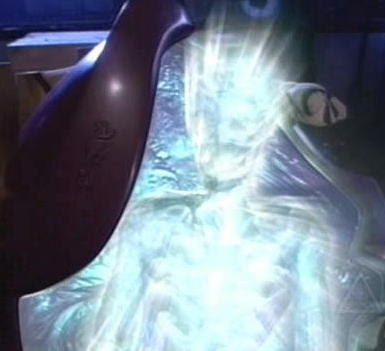 This is a Kimera in the series. A second extra terrestrial species that turn up intermittently but have no integrated role. The first one escapes from someplace and runs around the city causing havoc, also, birthing a child and the child becomes the main character in the series from series two.

During a fight with a sentinel, a killing machine that can only be taken down with the most sophisticated Talon weaponry, Liam's previously inactive Kimera genetics jump in as a survival strategy, and his palms emit an energy glow in self defense as this weapon attacks him.

It is an interesting idea. Liam has three strands of DNA (reference binary code to tertiary?) I think about how with our ongoing work life, with our minimum wage jobs etc. how this more magical aspect of the world is screened off from us. We do not have these experiences and that is a shame!


Characters in a film have the same astrology as their actors. Everything forms around everyone's "lifeforce" in these regards.

Some examples of this are:

A) Leo's always seem to have some reference to a mythologised bad guy. For instance, in the Hunger Games with Jennifer Laurence = President Snow. In the fictional series 'the Mentalist' there was a very mythologised serial killer. (Badly written so he was basically supernatural) and in 'The Usual Suspects' we see Kevin Spacey and the connection to Kaiser Sozey:

Kevin Spacey also has few aspects to his Sun. Few aspects to the 'Sun' often makes someone religious and it is expressed well here:

It is interesting how the philosophy of negativity can be expressed in films as well. I don't know much about Kevin Spacey and don't think just going to Epsteins Island one time makes him necessarily guilty of anything. However, the creator of this film is Bryan Singer, a full Satanic paedophile. I suspect Bryan sees himself as Kaiser Souza and the 'cabal' would like a film like this. With phrases like "The greatest trick the devil ever pulled was convincing the world he does not exist." (2:04)

Anyway, so here is an element of their philosophy, is this how they justify some of their behaviour:

2:12: One story the guys told me, the story I believe, was from his days in Turkey. There was a gang of Hungarians that wanted their own mob. They realised to be in power you didn't need guns, or money or even numbers, you just needed the will, to do what the other guy wouldn't.

So enough of those dark thoughts and lets go to a group that have nothing on these Hollywood types... Scorpios.

The film Gladiator, shows Scorpios in their best and worst face. Commodus is tortured by his own inner demons. Joaquin Phoenix basically made that film. Another Scorpio is the man that plays Commodus' father, Marcus Aurelius; Who is a philosopher [deleted] and is opposing the corruption that has taken over Romes politics. [deleted]

There are other astrological things worth nothing, most interestingly Dakota Fanning in the Steven Spielberg series 'Taken' but the discussion brings me to another element of this:


There are a few people on television I have noticed that are just not the kind of people you would want in your life if they came anywhere near you.

One of these is John Dorians character in Scrubs. Scrubs is a hospital comedy that is similar to a soap in a lot of ways in that it references everyday situations and people; not science fiction. But this character... I can't name anything good about him. He gets in the most insanely stupid situations just because he is constantly being passive aggressively nasty to everyone around him!

Another example is actors. One of the actors that I have always liked is Johnny Depp and one I might have mentioned as an interesting film is Dark Shadows, which, again, the bad character really made this film: 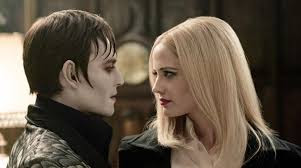 Do you think she actually likes him looking at this picture? I imagine real feelings can be seen even in acting work.

Johnny Depp is a suspicious human being. After breaking up with Amber whom there is evidence he may have physically abused, he changed the tattoo on his hand from SLIM, that was his 'pet name' for her, to SCUM.

There are also other weird things about Johnny, the 'Viper Club' is just a bit weird. I don't know if he is dodgy, but really, Hollywood will have more than it's fair share of monsters so do we really need to spend our time paying them?
Posted by No name here. at 07:05