So, more on this Islam thing.

Firstly, an update by Stefan Molyneux on the Hollands vs. Turkey situation:

Let's do a little bit of a numbers game, I'll show off my maths skills.

So let's do the ratios of what could be considered politically aggressive actions. This is just since July 2016:

The Five Pillars of Islam: 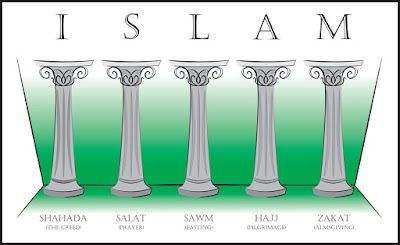 So how do they present Islam as a reasonable religion to all the young kids in secondary school and the like, the "uneducated masses".

Most of these are not really relevant, they are words meant to seem relevant but actually they mean nothing. Faith? or loyalty? Prayer... People can pray and still be bad people. Fasting is another irrelevance and is more like health advice. Pilgrimage consists of walking for a few miles to see a stone in the desert.

Non violence is of course missing here. To me words that mean something might be, wisdom, courage to do the right thing in difficult circumstances,  respect of self and other etc.

There is one pillar here I have not mentioned yet...  Charity. So lets have a look at this Islamic definition of Charity. From wikipedia:


Some classical jurists have held the view that any Muslim who consciously refuses to pay zakat is an apostate, since the failure to believe that it is a religious duty (fard) is a form of unbelief (kufr), and should be killed. However, prevailing opinion among classical jurists prescribed sanctions such as fines, imprisonment or corporal punishment. Additionally, those who failed to pay the zakat would face God's punishment in the afterlife on the day of Judgments

Scholars have traditionally interpreted this verse as identifying the following eight categories of Muslim causes to be the proper recipients of zakat:

This has been edited by me, I took a lot of Arabic words and references out.


So, that is not charity in the Christian/ Western interpretation of the word, it is a tax at gun (or perhaps sword) point. It is pure leftism, sliding towards socialism or communism. Or perhaps it is simply totalitarianism since the proceeds clearly are meant to mostly go to the war effort.

The protagonist of the New Testament did not mean spend money, or have it taken from you for war. 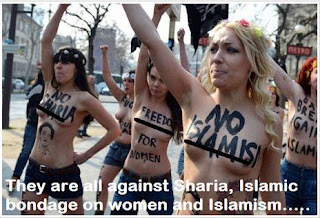 This is not religious in the way I would understand it. What I have noticed about the negative path is that regardless of all the things they say, their true power lies in the manipulation of material resources. For instance, they are in Syria to secure a pipeline, in comparison to their pipeline and AI market work, the effect of the philosophies that grow from their self entitled feeling of superiority is negligible, people are mostly convinced not by their argument but by the gun in their hand. They concentrate power at the top so it doesn't really matter what most people think because they are under control.

Contrast to this is the positive path, which starts at the top with enlightened ideas then helps people and it grows from there. Faith in the goodness of people!

This Zakat is more like the negative way of doing things. It basically includes instructions for creating a totalitarian political ideology. It has made sure that in the core text is control over the resources, much as the Communists used in their takeover of Russia.
Posted by No name here. at 16:52