The emotion behind Jupiter. (Funny conversations with the left). 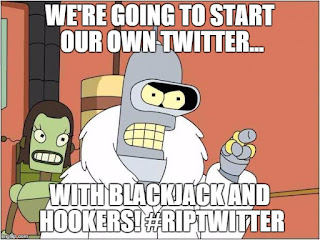 But today I had an idea, based on internet conversations, that is probably not as interesting as the past two days...

I've noticed that there are a lot of kind of funny interactions I am having online:

This is to the online writing website Medium (I will highlight the relevant bits so people don't have to read all the way through it):


Hey, I'm interested in this creation but I wanted to know what your rules are around censorship. Clearly much of the internet has had problems trying to produce content that is then censored or demonetised or whatever the manipulation tactic is. My blogs do sometimes talk about Islam, sometimes talk about astrology and sometimes personal experiences, a lot of different things. It seems the modality here is more towards one subject per article however, clearly it would be a waste of my time to invest in the platform if I'm going to get a message at some point for a post... 'Medium is warming you you have violated our terms of service therefore, no one will see your posts for two weeks' or something similar.


Actually, that previous post I sent you is not relevant... I see you have covered that all here:

Islam is a religion of peace I see (except I've read a good part of the Qur'an)! This is probably why your front page is fundamentally obsessed with issues like... 'Why do bisexual women have problems with lesbian relationships'. A nice progressive propagandist service.

Good luck. You're going to need it.

Response from Gerald at Medium Support:

Here was another one:


Phoenix…England is in chaos, we’re told by many. Are you hiding behind a large piece of furniture in your flat?

You can’t walk the streets, or you’ll be taken out by a crazed mooselim driver…


Didn’t you hear? We have a “strong and stable” r̶o̶b̶o̶t̶ Prime Minister leading our country.

Controlling the whole internet. That’s the way to go!


Absolutely! That would certainly bring all of our animated commentary to an abrupt halt…

She does have a certain droid-like charisma. I congratulate you Brits on the superiority of your top management, at least compared to ours. 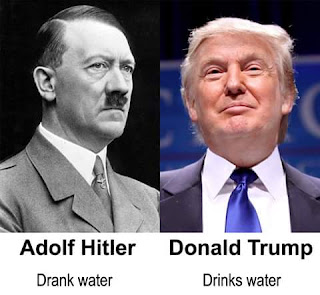 ... and even in regular internet articles:

It was just over a week ago that the WSJ reported that upon Trump's return from his first international trip, White House lawyers may force the president to finally put away his cell phone, and revoke his twitter privileges. In retrospect, this appears to have been "fake news", because since returning Trump has continued his daily tweetstorm barrage, only this time instead of dealing with domestic issues, Trump has lashed out at foreign targets and this time he risks provoking a diplomatic row with the UK and, according to Bloomberg, embarrassing Theresa May ahead of a general election, as he continued his mockery of London Mayor Sadiq Khan over a terrorist attack that killed seven people.

"Mockery" is a great word.

I found this very funny because the term "fake news" is normally reserved for fairly serious occasions. The whole article is like something out of a clown show. Of course these liberal do not take any responsibility that they started the fight!

With Jupiter soon to go direct, this strange humour of the Gods is turning up even in my own life. Also thoughts of whether or not sudden, unplanned 'expansions' will be necessary.

It will be interesting and will probably be a part of the election that is unexpected. Jupiter goes direct on the Friday, the day after the election when everyone is looking at the results (probably in horror!)
Posted by No name here. at 23:35