I'm going to have to do a bit of disclosure before expressing these opinions.

I do not work full time. I work up to thirty hours with a view as to being able to go up if it is convenient for me and if my health can withstand it. I have had problems with my health for the last few years. I am a type 1 diabetic and if I reach that point of absolute exhaustion people sometimes get from working I do not have the energy to deal with problems diabetes has and this can be extremely dangerous. This is somewhat complicated by food allergies.

So, since I am working minimum wage I do not actually pay tax at the moment (Tories made the minimum tax threshold higher!) So some of these arguments can be evaluated on that basis.

However, it seems to me that following on from the political views of people influencing these things in a very material manner (the forcible removal of taxes from the productive to the unproductive), where there is a left wing bias towards taxation paying for others, there is also a left wing bias towards some people being like that in the larger sense of the word. (I am reminded of a close friend who lives on welfare and voted left despite being ideologically very right wing, or at least, understanding the laws of economics). 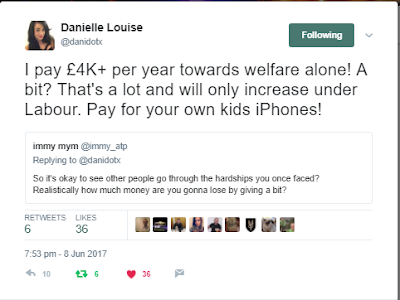 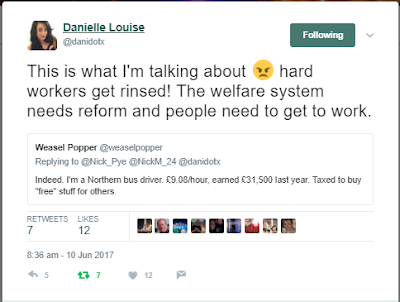 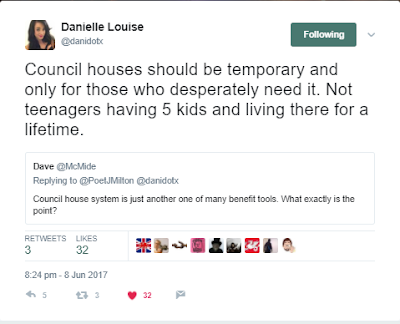 And just to prove she is not some entitled toff who had no idea what she is talking about: 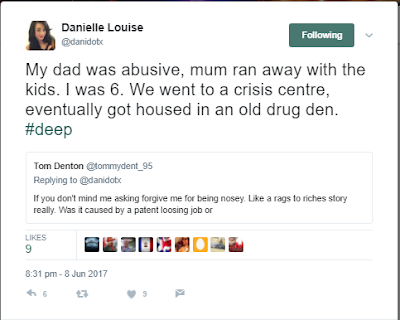 Danielle has been quoted here so much because she makes the case very well, and she is more revealing than most people. It is the trait of the young female to discuss things that relate emotionally like that rather than men who often focus on the thing and would more likely put up a meme on radical Islam or something. Many times individual discussions with people have lead me to say things on this blog but Danielle is rare in that there has been a long rolling commentary over the past few days that I have noticed and highlights a larger story.

Because the last tweet of hers I want to quote is here: 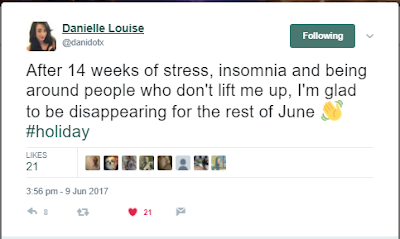 I did not see the other tweets that relate to this but it seems that Danielle has spent time around co- workers that take her for granted and that she worked hours of overtime on a project which was then declared irrelevant for some reason. So all those hours of work were wasted.

In my own working life things have turned out in a strange way and there is no immediate understanding on my part of what to do next. (Although I'll give it a bash at the end of the article):

I work in a call centre environment and I work well. I work less hours than other people there who work full time but I do not enjoy going on facebook and for me, a phone ringing needs to be answered, and if I am going somewhere to be paid to work then I work, it would seem silly to do otherwise.

However, some of my co- workers do not share this idea and a lot of them are going on facebook during their shifts and ignoring the calls. It is starting to seem that day after day I can hear myself being one of the only people on taking calls and others are going on facebook. The phone will ring for a while sometimes before one of the facebook people will answer it.

Also, add this to the election, when Jeremy Corbyn said this: 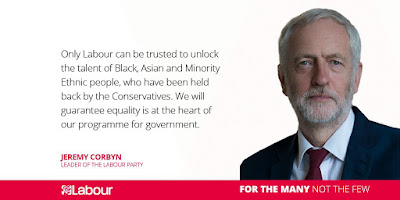 I feel, very distinctly as though I'm going to be sucked off this man like a parasite with these sorts of ideas. What these sort of statements mean is passing laws that mandate that certain people will be prioritised over others regardless of meritocracy.

During my time at Kingston University there was a clear difference between black students and white. The white students would never come in late to lectures and on the very unlikely event they were, they would quietly sit at the front and not make a fuss.

The black students used to wander in right in the middle of the lecture hall and take their time trying to find a seat at the back. This would happen again and again and again during the lectures. I think I counted 14 individual instances once of black people doing this in one lecture and not a single white one did.

It would never be a white person talking at the back or speaking back to the tutor. I remember one sociologist including in one of his lectures how there was one researcher who said openly that black people were more stupid than white because of brain size or some other physiometric data. I don't know about that but I can understand him including it in the lecture with those arrogant tossers in his class.

I don't want people like that given preferential treatment in companies! They are poor and without academic achievement for a reason... Because they are behaving badly and not studying.

Also, I've found Burqa clad woman to simply be rude. I think women that are told they cannot be with a non Muslim are condescending to such people... (Multiculturalism, note how America and England are the only non Muslim countries): 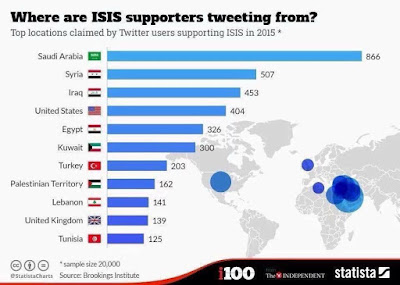 I seem to have lost focus in this blog post but what I am trying to say is that the left wing impulse goes further than the mainstream politics and into the everyday sphere of life.

So, I really, really do believe there will be a massive sociological change soon and the "Illuminati" so to speak will go to jail and we will suddenly become more telepathic etc. and have anti aging technology, healing technology and life will move on.

My life is informed by those opinions. As it relates to everyday politics that is going to bring this to fruition eventually I don't know.

What I want in my life is to be able to study for a skill that will make me independent of politics (so no one is going to fire me for RT'ing Tommy Robinson as might happened if I worked in the Conservatives for instance.) I am good at maths and know accountancy is well paid. To be able to sort my health out and finances (probably through copious record taking) is a stage that will lead to me having more free time that can lead to these things. Also I want to learn Russian to escape this place if the West gets a lot worse. With a skill like finance if we have "refugees" running around everywhere and raping people then I can go to Russia.

As regards to my job I don't think going to another minimum wage job will help me that much so that is that really. Perhaps once I know what I am doing with the maths etc. I can get a clearer idea.

I do believe a reckoning is coming. But politics is a slow game. 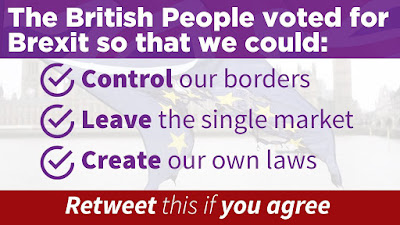 One last note is that I do not think that the mainstream right is correct in a lot of what they say. (I have some wankers on my twitter feed at the moment slagging off people that go to food banks. These people are swine. I have volunteered in food banks and what they are saying is crap... Although later on some sense prevailed). Unemployment figures in England are definitely rigged by people having to go onto completely useless courses and work experience type things all the time. It doesn't matter how much you are trying for a job you will be put on these courses and one time I was almost put on one twice and the woman trying to put me on it knew this! There are a lot of other tricks like underemployement and people outside the labour force but not on jobseekers but who do want a job.

Many times when I applied for a job the interviewer was interviewing all week and next week for one single minimum wage position, sometimes part time. One interviewer had 80 other candidates to me.

The real unemployment rate is not the Tories level of something like 4% but is probably closer to 20% or more and there is definitely an effect of migrants getting into minimum wage job and bullying the English people out then not hiring English... These people seriously need to be dealt with.

The employers have kept this going so they do not have to treat their workers properly and it is the way the whole system can function without rewarding those who work hard and are efficient.

One of my previous managers was one of these people. Very hard worker who was able to make everything work well. When he left the shop went into complete meltdown and they had to keep bringing in managers to keep it going. It was performing very badly for a long time. Now it is full of Polish.

During this job people got in massive argument but always when I was not there, I think this is because people feel safer if I am around because I can efficiently deal with excess customers. This effect is carried into my new job. We are meant to be able to leave early and take unpaid time if the call volume is low but I am never let off when I ask and it is low. I have asked multiple times and sometimes when I have not been well.

The parasites will meet their karma in due course!
Posted by No name here. at 03:27