I have an appointment that is not one that I have needed to inform people I am attending, therefore I feel less urgency in attending it because no one would know if I did not turn up, that I was ever going to.

A) My stomach can recover, I have found some of the stuff I was taking gave me a pain in the stomach. Like I wasn't digesting properly.

B) I can have deeper dreams.

I have watched more science fiction television in my life than I have ever played computer games. So if I were to experience a dumping of those ways of seeing things I would expect the process to be deeper and longer. Tonight I had a dream where a monster from a Star Trek series I used to watch "got me". There are all sorts of really disgusting monsters in those sorts of things that create a level of fear that is not needed in todays society: 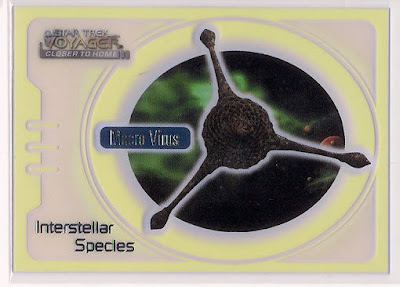 Just an insight into the subconcious garbage that plagues our minds. If there are any big social changes that wipe away bad ways of thinking (i.e. through people associated with them being paedophiles for instance) we are soon to all go through massive change of our subconscious thoughts.)

Good news! It looks like the idea that Corbyn is going to get anywhere this election is the emotional preference of the left stated as fact. On the ground there is no such evidence:

Guido Fawkes: TORY AND LABOUR CANDIDATES ALL BELIEVE MAY HEADING FOR COMFORTABLE WIN
Posted by No name here. at 01:26