Urrgg. Today I drag myself up from somewhere as far as the depths of hell to join you in the 'waking world'.

Where things are starting to feel increasingly weird and dreamlike.

You know how a lot of times people say a bunch of stuff that all sounds very serious but, actually, what they say will not be acted upon?

I am reminded, firstly of the 'Taken' series by Stephen Spielberg, because Mike Adams and Joel Gretsch are very similar. Then of the film 'The Day After Tomorrow'. One that I actually thought was quite good and never picked up to own. (A sardonic look at the cabal where the military in this program got no end to trouble because they were violent and negative towards a robot that only responded with violence when threatened and was so much more advanced than them).

There is just a feeling I get when viewing this that, the kind of power like that shown in these films, the "extra terrestrial power", if brought to bear on these people how traumatic it would be.

I have recently been listening to my sister tell me about the behaviour of 14 year old girls. Many of them are so obsessed with selfies they take photos of them and their friends and put it on facebook... and when you see them actually with those best friends they are both on their phones ignoring each other. (This I credit partly to the feminisation of society that has lead to the destruction of men. If these girls were "chased" by "boys" they would feel valued and not feel such an excessive need for self promotion. Also bad role models).

Couple this with peoples behaviour on University campus' and it starts to come into view how absolutely mentally underdeveloped many people are. 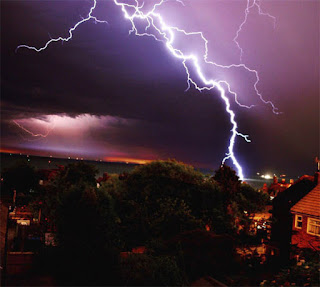 The magnanimity of what I am about to mention has really struck me however, things are still in the works here.

Firstly, a small minor point, it does seem that this article is quite accurate about what seems to be happening in politics at the moment:

In this piece she made two predictions... A media carve up that might include the BBC's future being threatened and a 'ghost that walks'. The people in the comments have said this is Jeremy Corbyn but I don't believe it can be because he was never really a ghost, the media made people believe he was but actually he is not.

It does seem though that Nigel Farage seemed to have disappeared from politics... and, well, maybe, possibly, hopefully:

Metro: The DUP could insist on Nigel Farage having a role in Brexit negotiations

Now, aside from my own predictions on astrology [link], there was a lightning strike in Kent [Link] which is Nigel Farage's constituency and now this is happening.

The amazingness of this is difficult to comprehend because if true, if Nigel Farage does gain a legitimate position as a result of all this completely unpredictable politics, then whatever force controlled the lightning strike really is a powerful being. Since they were able to predict the result ahead of time. It could even be controlled by someone far higher than the "Alliance".

It has lead me to feel the whole thing is more real and to feel actual fear for those that have done bad things. Because karma is real!
Posted by No name here. at 23:44