This snap election is our march to victory!

This election is our march to victory!

At least that's what it seems like to me:

Daily Mail: EXCLUSIVE: Tory manifesto will guarantee end of free movement, UK to leave single market and no more meddling by Euro judges as May issues her cast-iron Brexit pledges

End of free movement! It's sounding pretty good. I don't know what it will miss out and how genuine such promises are, but if it's in the manifesto, it seems likely May will pull it off!

This will be a vote... One of the only mechanisms that seems to guarantee change in the real world! We can still read the manifesto and find out if there is any small print in these promises, for instance, does the 'end of free movement' promise include a number? Or a date? Or any specifics. 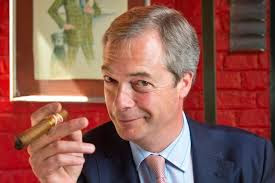 So much is still up in the air we have no idea what UKIP, Farage and Banks are still planning. If Nigel got into the House of Commons though that will be a massive aid to Brexit.

The French election is also a big deal. If Le Pen gets in it will change the whole narrative into a more eurosceptic position, four weeks before the election!

We also have,as a major event but one with a likely predictable outcome. The Unite Union leadership election. On the 28th of April.

I personally will be likely voting Conservative to outvote my local, smug arrogant remainer MP Peter Kyle. (Who still has not made a public announcement about this snap election on his social media, and whose close friend Chuka Umunna came out with some left wing butthurt the other day about how calling an election is undemocratic). I do not yet know who the local Conservative candidate will be but what to do if it is also a remainer? (Remain is 70% in my area). UKIP may be only fielding candidates against remain supporting MP's but would they even bother in Hove?

Perhaps it will be decided by the Eurosceptics that Hove is beyond help!
Posted by No name here. at 22:53