It is Christmas day today, my Christmas has been quieter than usual because this cold that is going round has basically stopped any family get togethers or even a lot of the entertainment. I have even spent perhaps too much time sleeping this evening unexpectedly.

However, I needed the sleep and I received a dream that concerns an issue that I normally wouldn't write about in much depth. This blog does not focus on the culture wars to the philsophical depth of someone like Stefan Molyneux or Ann Coulter, although I suppose in its own way it does focus on this area in that I write a lot about how the corporate climate has destroyed free market capitalism and how things are karmically interlocked. When I focus on the culture wars I do not focus on explanations of what has happened in the past and a critique of its philosophical underpinnings. Rather, I write about how the culture wars are playing out in the modern day! Because I don't fundamentally believe liberals can be reasoned with and mostly take the idea they have to be defeated by material movement. I.e. The election of Donald Trump.

So the issue is... Should women be put in the front line in the army?

Clearly, the first thing to do is properly phrase the question.

One of the things that Communists/ leftists/ "Socialists" (the slippery road to communism) do is they phrase their arguments not based on any reality, but based on an idealised view of the world. Everything is a paradox with communism because it is hypocritical, so even though everyone is 'perfect'; when communists are in power as they currently are in Venezuela, they tend to try to micro manage everyone's behaviour: 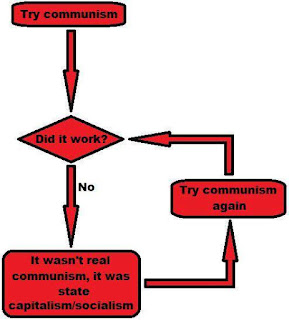 An example of this might be the 'communist restaurant'. During the Soviet Union there were restaurants where if you worked hard to provide good quality food or if you did not work and just lumped raw vegetables on the plate you were paid the same amount. Obviously the restaurant lost customers and money because no sane person would work hard in that situation. The only way for the communist restaurant to function was to stop being a communist restaurant.

1) So for instance, in this feminist example the argument might be that if women were allowed into the army they would have to take the same physical requirements as men.

Historically, with the ongoing pressure from that mentally challenged feminist lobby this has not been the case. This from 2005:

How many people have to die before the country stops humoring feminists? Last week, a defendant in a rape case, Brian Nichols, wrested a gun from a female deputy in an Atlanta courthouse and went on a murderous rampage. Liberals have proffered every possible explanation for this breakdown in security except the giant elephant in the room -- who undoubtedly has an eating disorder and would appreciate a little support vis-a-vis her negative body image.

The New York Times said the problem was not enough government spending on courthouse security ("Budgets Can Affect Safety Inside Many Courthouses"). Yes, it was tax-cuts-for-the-rich that somehow enabled a 200-pound former linebacker to take a gun from a 5-foot-tall grandmother.

I think I have an idea that would save money and lives: Have large men escort violent criminals. Admittedly, this approach would risk another wave of nausea and vomiting by female professors at Harvard. But there are also advantages to not pretending women are as strong as men, such as fewer dead people. Even a female math professor at Harvard should be able to run the numbers on this one.

When the feminist lobby gets ahold of anything, in order to justify their hysterical need to see everything as a conspiracy against women, always change the rules when the laws are passed through, it no longer becomes 'equality of opportunity' but becomes 'equality of outcome'. In some states in America currently, the police force must hire 50 - 50 gendered police officers. This means that they must reject the huge amount of strong and highly skilled male applicants for the job and hire women... Any woman, no competition no bar of entry... they then have to decrease the difficulty of all the exams for the women who then have the expectation of passing.

This means that the male police officers justifiably fear for their lives if they are partnered with a physically unfit woman.

2) The idea might be put to the public that this would be voluntary. But the Obama administration has been pushing the draft for women.

Where Big Brother is involved none of us are safe.

3) In a society where things get a bit chaotic, where there are no longer any rules, or there are rules but no civility, such as in parts of the Middle East at the moment, you may have women taking this role such as the Kurdish women who are proving to be a lethal combative force. However, this is by necessity.

In a society women provide a function which is they grow and nurture children that men cannot do. The more women you kill the more you lose your cultures entire genetic heritage. Genes matter and are very important in terms of a nations IQ.

4) The capture, rape, pregnancy and continual torture of female combatants is a strategic weakness in a military sense. It is not outside the bounds of likelihood on this planet that an enemy might capture a female combatant, rape her and get her pregnant, and torture the child in front of her capturing it all on camera for the world to see.

I do not take hypotheticals to be a valid discussion point. Perhaps some people might say... 'Well in xyz situation, perhaps where women were physically challenged to the same extent etc.' The trouble is with hypotheticals is that there might be a very valid reason that events are not as they are described in the hypothetical. Some practical part of human nature or invisible metaphysical law that outlaws one or the other behaviour.

So there we are. It feels a bit unchallenging compared to some of the things I write on here but these are my reasons. I imagine some of the thinkers out there have just as compelling ones not featured here.
Posted by No name here. at 16:33